Numerous reports, including The Shenyang Evening News, are naming 23-year-old Lu Lingzi, a Boston University graduate student, as the Boston Marathon bombing’s third fatal victim. The girl’s father confirmed her death when reporters visited the family home. Here’s what you need to know.


Two bombs exploded near the finish line at the internationally recognized race on Monday, killing three people, including 8-year-old Martin Richard and 29-year-old Krystle Campbell. Lu Lingzi has been identified as the third victim. Before it was confirmed, her friend, Li Luquan, told the Daily Mail that Lingzi was missing.

“Lingzi went to the marathon with three friends, one of whom was Zhou Danling and another girl who came home safe,” Luquan said. “Lingzi did not come home on Monday night and I called the police and notified the Chinese consulate. She’s my best friend, I miss her so much. We were roommates for two years at university in China. All her friends here miss her very much. Nobody knows where she is.”

2. She Was a Chinese National


The Chinese Consulate in New York confirmed on Tuesday that one of the victims of the bombing was a Chinese national, but did not disclose a name at the family’s request.

Here is the full statement:

The Consulate General of the People’s Republic of China confirms that one Chinese citizen was unfortunately killed in the Boston Marathon Bombing on April 15th 2013. At the request of her family, the victim’s personal information will not be disclosed. Another Chinese citizen is among the injured and is in stable condition now after surgery.

The Consulate dispatched a work team to Boston after the bombing, headed by Deputy Consul General Ruiming Zhong. The team visited the injured in hospital this morning.

The Consulate has contacted the two families and will provide all neccessary assistance to them.

Our hearts go out to the families of the victims of this terrible tragedy.

3. She Was a Boston University Graduate Student


Lingzi was also a Boston University graduate student. Boston University confirmed that the third victim was a BU student, but also did not disclose her name. According to Lingzi’s Facebook and her Linkedin pages, she was working toward a Master of Arts (M.A.) in mathematics and statistics. Luquan said that Lingzi came to America to study at Boston University because it was her dream to get a better education.

4. Lingzi Was One of Three Friends Watching the Race


According to BU Today, the victim was one of three friends watching the race close to the finish line. Another in the group, Zhou Danling, who is also a Boston University graduate student, was injured in the attack and is now in stable condition at Boston Medical Center.

Rev. Robert Hill, dean of Marsh Chapel, visited Danling in the hospital and reported that she underwent surgeries on both Monday and Tuesday.

“She is doing well,” Hill said. “She has her friends around her, and she will soon have family around her.”

The third friend escaped with no injuries.

5. Zhou Danling Was Originally Thought to Be the Third Victim


Huffington Post originally published a story naming Zhou Danling as the third person killed in the bombing, but later corrected the error once they found out that she was not the Boston University student that died in the attack:

CORRECTION: An earlier Huffington Post report about Boston University graduate student Zhou Danling incorrectly indicated that she was a fatality in the Boston Marathon bombings. The post was redirected to reflect the correct information as quickly as possible. We regret the error. 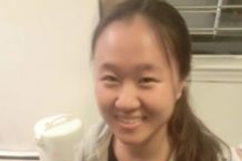 
Lingzi’s Linkedin page says that she attended Northeast Yucai School in Shenyang, China for middle and high school from 2002-2008. The school offers education from kindergarten to senior year of high school and has eight campuses in Shenyang City.

7. She Received Her Bachelor’s Degree from Beijing Institute of Technology


Lingzi studied economics at Beijing Institute of Technology from 2008-2012 where she got got her Bachelor’s degree and ranked eighth in her major.

8. She Worked as a Manager Assistant at Deloitte Consulting in Beijing


While studying at Beijing Institute of Technology, Lingzi held a number of jobs to supplement her education, including as an intern assistant at the Bank of China, an intern analyst at DongXing Securities Ltd. and finally a manager assistant at Deloitte Consulting.

9. She Was Listed as Missing on Google Person Finder Until Early Wednesday


The victim was listed as missing on Google Person Finder, a tool used to help people reconnect with loved ones after a disaster, until early Wednesday morning.

10. Her Final Picture Was of Her “Wonderful Breakfast” Before the Race


Lingzi’s final picture posted to the internet was of her “wonderful breakfast” she ate just before the race. She posted the picture to her Weibo account, the Chinese version of Twitter.