Reports out of West Valley City, Utah, point to a shooting incident that took place in the lobby of a police department in the Salt Lake City suburb.

Fox News reported that authorities said that 39-year-old James Ramsey Kammeyer had been shot after an officer fired his gun inside the lobby on Monday morning (April 29).

West Valley City Police Sergeant Jason Hauer stated that James Kammeyer entered the lobby of the police station on Monday morning (8:30 a.m.) and was acting suspicious. He requested that an officer come out from behind his partition station. The man then unveiled a firearm, prompting another officer to pull his gun and open fire on the man multiple times.

Hauer went on to report that it’s not clear if the man opened fire before the officer started shooting. The suspect was shot and injured and is in a hospital. His condition is still unknown.

Fox News gave some background info on the police station and why it has garnered some media attention lately:

The beleaguered police department has drawn attention after federal and local prosecutors dropped nearly 100 cases that came out of the department’s drug unit. The now-disbanded narcotics unit is the subject of internal investigations and probes by the county attorney, U.S. Attorney’s Office and the FBI.

The Miami Herald provided a story on James and his apparent suicide attempt before this incident occurred:

After responding to a call of a suicidal person, Kammeyer told officers in December he wanted to die by being shot by police because he was a registered sex offender and his wife was taking his kids, Hauer said. He pleaded guilty in 1999 to felony child sex abuse, court records show. 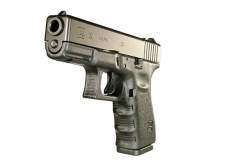 5 Dead in Shooting at Illinois Home: 5 Fast Facts You Need to Know

Read More
Guns, Police, Shooter, Shooting, Utah
A shooting has taken place inside the lobby of a Utah police department.