Today began court proceedings in Michael Jackson’s family’s massive lawsuit against MJ’s last concert promoter, AEG Live, for wrongful death, claiming they were responsible for hiring Dr. Conrad Murray, who is currently serving a four-year sentence for manslaughter. Here’s what you should know about this high-profile trial:

1. MJ’s Family is Suing AEG Live for Hiring the Doc Who Killed Him


Michael Jackson’s children, Prince Michael, Paris, and Blanket, along with Michael’s mother, Katherine, begin their battle for compensation today from the promoter of MJ’s last concerts, AEG Live. The main tenet of their argument is the entertainment company was negligent in both the hiring and supervision of Dr. Conrad Murray.


The plaintiffs are seeking a huge compensation for the wrongful death of Michael Jackson in the civil suit while Dr. Conrad Murray serves out a four-year sentence after being found guilty of manslaughter in the criminal aspect of the case. 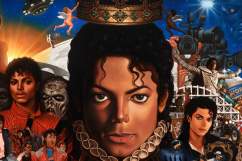 The Best of Michael Jackson Mixtape


The lawyers of AEG Live plan to claim that Michael Jackson was responsible for his own death due to his drug addiction, which was already present AEG entered the picture.

4. The Defense Will Use MJ’s Child Molestation Case and Paint Him as a Freak


AEG lawyer Marvin Putnam plans to put Michael Jackson on trial, and has been quoted by CNN as saying that Jackson’s eccentricities were all fair game. He says:


Some “smoking gun” emails were revealed in February that prompted a judge to rule that there was enough evidence to support the Jackson’s case against AEG Live. These emails are among top executives of AEG and show that they were aware of MJ’s troubles, and thus, could have foreseen that Dr. Murray would use dangerous drugs to treat him.

6. But AEG Says Dr. Murray Was Hired by Michael Himself


The lawyers for Katherine, Prince, Paris, and Blanket will argue that AEG is to blame as they hired and supervised Dr. Conrad Murray, who gave Michael the fatal doses of propofol that resulted in his death.

7. Prince Michael and Paris Will Testify The trial will likely last several months, and on the witness list are Prince Michael, Paris and Katherine. The testimony of the children on their father’s final days will likely stir up a significant emotional response and could play a pivotal role in the case.

8. Michael Was Known to Doctor Shop


Part of AEG’s defense is that Michael Jackson is responsible for his own death as he was addicted to prescription drugs. Following his death, TMZ broke a number of stories regarding Michael’s many aliases for prescriptions, and how he’d get doctors and dentists to put him under full anesthesia for minor procedures, like an acne treatment.


Michael Jackson dies on June 25, 2009, just two weeks before his “This Is It” concert series was supposed to kick off in London.

10. $10 Billion is the Heirs’ Estimate Of MJ’s Future Earnings


The Jackson family believe that Michael would have made at least $10 billion dollars during the rest of his life, and the remaining $30 billion that is being sought in the case is for damages.

Share Tweet Email
Read More
Lawsuits, Michael Jackson
Michael's children and mother blame his concert performer for hiring the doctor who killed the King of Pop — and they want $40 BILLION.