Texas senior prosecutor and district attorney Mike McLelland and his wife were shot dead inside their home in what appears to be the latest killing tied to the Aryan Brotherhood and their targeting of law enforcement officials that jailed members of the white supremacist gang.

Here’s what you should know about this shooting murder, it’s connection to two other killings and the ongoing investigation.

1. Mike McLelland and His Wife Were Shot Dead in Their Home

This past Saturday morning, 63-year-old Kaufman County District Attorney Mike McLelland and his wife, 64-year-old Cynthia Woodward, were both found shot dead inside their home. USA Today reported that their neighbors overheard gunshots that they mistook for thunder during a Friday evening storm.

Friends of the two discovered their bodies a day later in the couple’s rural Forney, Texas home. WFAA-TV in Dallas reported that 14 shells from a .223-caliber rifle were discovered at the scene. The station also reported that the district attorney’s body was found in the hallway, while his wife’s body was located in a front room. Authorities offered no comment on the motive’s behind this killing.

Forney mayor Darren Rozzel had this to say to the Associated Press:

Everybody’s a little on edge and a little shocked. It appears this was not a random act.

Before his death, McLelland told the Associated Press that he carried a gun everywhere he went after the death of a fellow prosecutor. McLelland suspected that a white supremacist gang carried out that killing.

USA Today derived a quote from the interview, where he made sure to state that his Army background prepared him for a future attack:

I’m ahead of everybody else because, basically, I’m a soldier.

A CBS news story can be seen in the video posted above.

2. This Comes Two Months After Another Texas Prosecutor’s Murder

Mike McLelland was found shot dead just two months after one of his fellow prosecutors was gunned down in a parking lot near the Kaufman County Courthouse in Texas.

Fifty-seven-year-old Mark Hasse was killed on January 31 when one/two gunmen exited a gray/silver Sudan and opened fire on him. Witnesses of the crime stated that the suspect/suspects wore black tactical-style vests and had their faces covered. No arrests in this murder have been made yet. Nine different investigative agencies are currently searching for leads on the case. Hasse was shot and killed on the same day that two Aryan Brotherhood members — Ben Christian Dillon (“Tuff”) of Houston and James Marshall Meldrum (“Dirty”) of Dallas — pleaded guilty to racketeering in U.S. District Court in Houston.

It was a shock with Mark Hasse, and now you can just imagine the double shock and until we know what happened, I really can’t confirm that it’s related but you always have to assume until it’s proven otherwise. 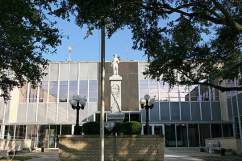 3. Both Shootings May Have Ties to the Death of Tom Clements

These shootings may have some connection to the shooting death of Colorado state prisons chief Tom Clements, who was shot dead two weeks ago in his Monument, Colorado home near Colorado Springs. The suspect in this killing, 28-year-old Evan Spencer Ebel, was reported to have joined a white supremacist gang (“211 Crew”) while he was in prison. Ebel was killed during a high-speed chase and shootout with Texas law enforcement officials and Wise County sheriff deputies on March 21. 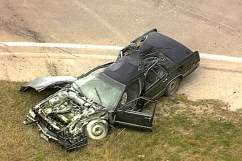 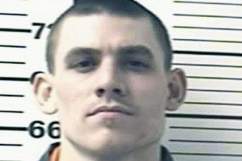 4. The Aryan Brotherhood is Suspected of Carrying Out Crimes Against Law Enforcement Officials


The Aryan Brotherhood is a white supremacist gang that is suspected of having an active presence in prisons. McLelland’s Kaufman County prosecutors previously assisted in the investigation of the gang, which included a case that targeted the Brotherhood’s leadership.

Back in November, federal authorities announced that a grand jury in Houston indicted more than 30 senior Brotherhood leaders and other members on racketeering charges. In December, the Texas Department of Public Safety issued a statewide bulletin that warned law enforcement officials in Texas that the Aryan Brotherhood were looking to retaliate against officials who secured the indictments. 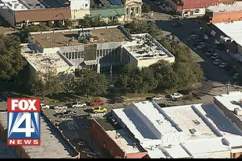 Aryan Brotherhood Linked to Murder of Prosecutor at Texas Courthouse

6. McLelland Graduated from the University of Texas at Austin


According to the Kaufman County District Attorney’s profile page, McLelland graduated from Wortham High School. Afterwards, he attended Navarro Junior College on a football scholarship. While there, he also finished his undergraduate studies with a degree in History from the University of Texas at Austin.

7. He Served in the Army for 23 Years
After graduation from college, McLelland served in the U.S. Army for 23 years. His profile page gives a synopsis on his time served and the may positions he held while enlisted:

Following graduation, Mike was commissioned in the Regular Army of the United States as a Second Lieutenant. Mike’s career as a branch qualified Infantry Officer spanned twenty three years. He held positions both in the United States and overseas including Desert Storm and many training missions with U.S. allies. He carried Top Secret clearance for 15+ years. Mike served in various leadership and training positions throughout his Army career including Platoon Leader. Company Commander and Battalion Executive Officer. Training he was recommended for and completed, included Infantry Officer’s Advance Course and Army Command and General Staff College.

8. He Earned Degrees in Psychology
McLelland’s profile page also spoke of his Psychology degrees, after-grad work, and his time as a criminal defense attorney:

While on active duty with the Army, he received a Masters of Arts degree in Counseling Psychology from Ball State University, and was later employed as a Diagnostic Psychologist for both the Texas Department of Mental Health and Mental Retardation and Dallas County Mental Health and Mental Retardation. While working as a psychologist, he attended Texas Wesleyan School of Law in Fort Worth, where he was very active and successful on the schools Moot Court and Mock Trial teams. He earned his Juris Doctorate in 1993. Mike has practiced law for eighteen years as a criminal defense attorney, mental health judge, and special prosecutor for Family and Protective Services.

9. He and His Wife Cynthia Leave Behind Five Children
McLelland’s wife, Cynthia Woodward, leave behind two daughters and three sons. The Guardian/Associated Press reported that one of their sons is a police officer in Dallas, Texas. Cynthia Woodward worked as a psychiatric nurse at a state hospital in the Texas area.

10. McClelland and His Wife Lived in Forney, Texas

View Larger Map
Mike McLelland and his wife moved into Forney, Texas a few years ago. A map of the area where their home was located can be seen above (9389 block Blarney Stone Way). Forney mayor Darren Rozell spoke to the Associated Press about what kind of people they both were:

Real friendly, became part of our community quickly. They were a really pleasant happy couple.

Read More
Deaths, Murder, Shooting, Top 10
The shocking slaying may be the latest targeted killing of law enforcement by the Aryan Brotherhood.