Two missiles were fired at a Russian passenger plane that was flying over Syrian territory today, reports RT. One-hundred fifty-nine people were onboard the aircraft. The pilots  of the plane, which had deported from an unspecified resort city in Egypt to Russia, were able to maneuver the aircraft and avoid impact. Russian aviation authorities have said the jet ‘faced danger’ and it is unknown who was behind the attack.

BREAKING NEWS – RUSSIAN GOVERNMENT CONFIRMS ROCKETS FIRED AT AIRBUS A320 PLANE WITH 200 PASSENGERS ON BOARD FLYING ABOVE SYRIA. #911BUFF

RT sources report that is is believed the aircraft “was intentionally targeted in the attempted strike” but that it remains unclear whether the attackers knew it was a Russian passenger plane or not. The Russian embassy in Damascus is reportedly looking into the the specifics.

This particular incident is raising questions as Russia is both an enemy and an ally in war-torn Syria. Russia has enjoyed a historically strong and friendly bilateral relationship with the war-torn country’s government. In fact as opposition rebels continue to fight against Assad’s forces, Russia has taken a strong stand in support of President al-Assad.

The civil war in Syria between President Bashar Assad’s government and opposition rebel forces has been raging for over two years, claiming the lives of more than 70,000 people and creating millions of refugees. 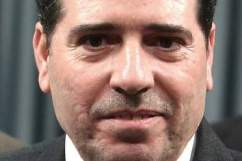