North Korea issued a statement on Tuesday warning foreigners in South Korea to evacuate the country because they are at risk of getting caught in crossfire in the event of a war, reports Business Day.

“We do not wish harm on foreigners in South Korea should there be a war,” said KCNA, the official North Korean news agency.

However, despite the statement, analysts say that war is unlikely and that the announcement is just another threat by Kim Jong Un’s belligerent regime.

“If North Korea fires at Seoul or other regions in South Korea, that will mean an all-out war,” said Park Syung-je, a military analyst with Seoul-based Asia Strategy Institute. “While the [North Korean] leader Kim Jong Un is young, senior military generals surrounding him are old. They won’t be so reckless to launch a total war, as that will be a suicide mission.”

Earlier Tuesday, North Korean workers did not show up for work at the Kaesong Industrial Complex operated with South Korea, the last symbol of cooperation between the two countries. South Korea’s president said she was disappointed in North Korea’s decision to halt operations at the complex. However, 475 South Korean workers and factory managers remain in Kaesong and the government said 77 people would return to work on Tuesday. 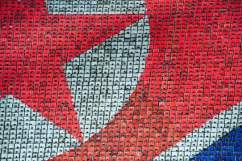 Read More
North Korea, South Korea, War
wpDiscuz
0
0
Would love your thoughts, please comment.x
()
x
| Reply
"We do not wish harm on foreigners in South Korea should there be a war."