UPDATE 10:04 p.m.: One of the victims, a 17-year-old Overbrook High School student, died of his injuries at a Philadelphia hospital.

A shooting has occurred just outside of Overbrook High School, reports ABC 6.. The school was placed on lock down just after the shooting, which occurred at 3:45 p.m. At least one of the victims is a student at the school. This incident comes as Philadelphia is engulfed in what some are calling “gun crisis.”

The shooting happened on this football field. Photo via Google Street View

The school is the alma-mater of NBA great Wilt Chamberlain, Oscar-nominated actor Will Smith, and, R&B band The Delfonics.

1. Two Teens Have Been Shot, One Has Died

A 17 and a 16-year-old were shot in the incident. The 17-year-old has multiple wounds and died at Lankenau Medical Center tonight, after being shot in the chest and the forearm. The other teen was shot in the buttocks, he is also reported to be in critical condition. Meanwhile, another 19 year old was shot. Lt. John Walker of the Philadelphia Police told ABC6:

We have a group of teenagers in the park. At some point a fight breaks out, a fistfight. At some point two guns are introduced and the males begin shooting back-and-forth at each other…

Girl, 17, who knew the Overbrook student who died in the shooting: "We're like brothers and sisters. It's breaking me down inside."

2. Overbrook High School is at the Center of the Shooting

The incident happened at Overbrook, one of the high schools that was involved in riots in Center City, Philadelphia, on Tuesday. The school’s baseball team were using the field when the incident happened. The area is a technically classified as a “recreation” area. Last week, Philadelphia Mayor Michael Nutter signed into law a ban on guns in any recreation areas, violators will be subject to fines of $2,000. 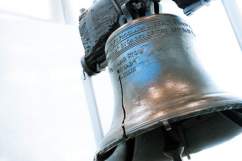 300 Teens Riot in Philly: 5 Fast Facts You Need to Know

3. One of the Victims is Also a Shooter

The 19-year-old victim was revealed to be one of the shooters. The 20-year-old man has been confirmed as one of the shooters and is in police custody. He was found as police began stopping cars in the area looking for suspects. A full investigation is under way. Philly cops have already taken people into custody who were around the scene of the crime.

4. The Deceased Student was Taken to the Hospital by a Good Samaritan

A stranger discovered the 17-year-old victim and drove him to a local hospital, the 16 year old made it to a local pizzeria where patrons called for an ambulance. Both teens are now in surgery.

5. The School is the Alma-Mater of Wilt Chamberlain

As well as being the home of the Overbrook Panthers football team, it’s also the alma-mater of NBA great Wilt Chamberlain, Oscar-nominated actor Will Smith, and, R&B band The Delfonics. Since 2003, students at the school have been required to wear uniforms.