Since it was leaked to and released by Mother Jones this week, the tape, made on February 2 back when Judd was still considering a run for McConnell’s seat, has brought criticism to the McConnell camp and prompted a probe into the possibly criminal tactics used to obtain the audio.

Now Jacob Conway, a member of the executive committee of the Jefferson Democratic Party, says Progress Kentucky founders Shawn Reilly and Curtis Morrison “bragged to him about how they recorded the meeting,” he told WFPL News:

They were in the hallway … One of them held the elevator, the other one did the recording and they left. That was what they told to me from them directly.

On the recording (which can be heard above), McConnell’s aides discuss Judd’s autobiography and take aim at her battle with depression. The recording includes this damaging soundbite:

This sounds extreme, but she is emotionally unbalanced. I mean it’s been documented. Jesse can go in chapter and verse from her autobiography about, you know, she’s suffered some suicidal tendencies. She was hospitalized for 42 days when she had a mental breakdown in the ’90s. 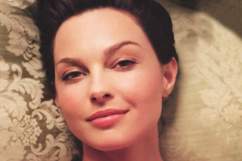 Ashley Judd NOT Running for Senate