Dana Bash on CNN: Suspicious letter text: “To see a wrong and not expose it, is to become a silent partner to its continuance.”

#breakingnews: Carl Levin’s office in Saginaw has been evacuated due to a suspicious letter. Story coming to @clickondetroit. #local4

UPDATE 12:17 p.m.: LIVE PRESS CONFERENCE: Jay Carney, White House Press Secretary confirms letter was addressed to the president. The president has been briefed. The letter will be re-tested.

UPDATE 12:12 p.m.: Press conference on ricin scare set to begin any moment. Was scheduled for 11:45. Here’s the live-stream: 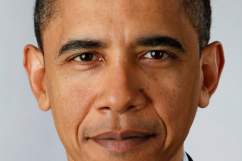 UPDATE 11:05 a.m.: Fox News just reported on live TV that a the letter that was sent to President Obama is being tested for ricin.

Both the parcel sent to Wicker and the one addressed to Obama contained notes, reports Fox.

BREAKING: @abc has learned a SECOND letter sent to the US Senate has tested positive for the poison ricin.

A day after the news that a letter laced with the deadly poison ricin was sent to Senator Roger Wicker of Mississippi, a second ricin letter has been sent to the Senate. Here’s what we know so far. This is a breaking story. Stay tuned for updates.

1. ABC News’ Terry Moran just tweeted that a second letter laced with Ricin been sent to the U.S. Senate.

2. This is just a day after the first ricin letter turned up, sent to Mississipi Senator Roger Wicker.

3. Ricin is a deadly poison, said to be 1,000 times more powerful than cyanide. A tiny amount can be deadly. It’s made from the castor oil plant.

4. This emerging rash of poison letters sent through the mail, following the Boston bombing attack, is eerily similar to the rash of anthrax letters that came in the wake of the 9/11 terror attacks.

5. Ricin was featured on the hit TV drama Breaking Bad as a tool of assassination. That helped the little-known poison become a household word.

Loading more stories
wpDiscuz
0
0
Would love your thoughts, please comment.x
()
x
| Reply
This comes one day after a ricin-laced letter was mailed to Senator Roger Wicker of Mississippi.