Authorities say that the body of the missing Brown University student who was wrongly accused of being one of the Boston Bombing suspects, Sunil Tripathi, may have been found in the Providence River, reports CBS News.

The 22-year-old philosophy major was last seen on March 16 and his family and friends have been painstakingly looking for him ever since. His name was even mentioned to be one of those responsible for killing three people and injuring more than 200 more when a bomb went off at the Boston Marathon last week, but the accusations turned out to be completely false. Now, nearly five days after the bombing suspects were identified as Tamerlan and Dzhokhar Tsarnaev, the body of the wrongly accused student may have been found.

The body was found in the river on Tuesday behind the Wyndham Garden Providence Hotel by the coach of Brown’s rowing team. Authorities say it will take some time to positively identify the body, which has been in the water for some time, but that it appears to be that of someone in their twenties.

Rumors started when users on Reddit misidentified Tripathi as one of the Boston Bombers. The moderator of the “FindBostonBombers” thread issued a formal apology for the mistake.

I’d like to extend the deepest apologies to the family of Sunil Tripathi for any part we may have had in relaying what has turned out to be faulty information. We cannot begin to know what you’re going through and for that we are truly sorry. Several users, twitter users, and other sources had heard him identified as the suspect and believed it to be confirmed. We were mistaken.

This event shows exactly why the no personal information until confirmation rule is in place. Out of respect for Tripathi and his family, I ask that users here please remove any and all links about him. Thank you. 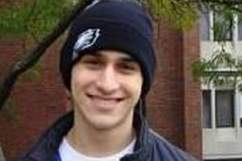 Loading more stories
wpDiscuz
0
0
Would love your thoughts, please comment.x
()
x
| Reply
The body of the missing Brown University student may have been found on Tuesday.