Jeff Smith has his teenage daughters to thank for saving his life after they heroically lifted his 3,000-pound tractor off his body after it toppled over and pinned him to the ground, reports ABC News.

The 36-year-old Oregon man from Lebanon was trying to pull a stump out of his wife’s garden on his 1949 Ferguson tractor on April 1 when his boot slipped off the clutch as he put it in reverse. Smith was thrown off and the tractor fell backwards landing on his chest. He was helplessly pinned with no one around as his two teenage daughters were out walking the family dog.

“I was yelling, ‘Oh God, save me.,’” Smith said. “There was enough pressure on me, I didn’t know if anyone could hear me. I had just told them to walk the dogs, then I got on the tractor. I didn’t know they were outside, or if anyone would hear.”

Luckily for Smith, his daughters, Hannah, 16, and Haylee, 13, heard his screams and were by their dad’s side in seconds. The girls initially tried digging Smith out from under the tractor, but they couldn’t dig deep enough.

“I told them they need to try to lift on the front,” he said. “The first time they lifted it, it gave me a brief moment to get a breath in. I couldn’t move yet. They let it down, and it expelled that breath I got. Then they lifted it again and I was able to wiggle.”

The pinned father was able to twist his body away from the tractor, but his arm was still pinned. Haylee then ran off to get additional help as Hannah continued to dig to relieve pressure. A neighbor came to help and freed Smith using his tractor’s shovel.

Smith is grateful that his daughters were able to come to his rescue before it was too late. The girls still don’t know where they got the strength to lift the tractor.

“Both of them were amazing,” Smith said of Hannah and Haylee. “How well they stayed composed during this whole thing… I don’t know if either of them had a chance to stop and think what could have been.”

An ambulance rushed to the scene and brought the injured dad to the hospital. He miraculously escaped with a broken wrist and some nasty scars on his arm.

“As far as I’m concerned, it’s all about recognition for them,” he said. “I wouldn’t be here if they hadn’t been there.” 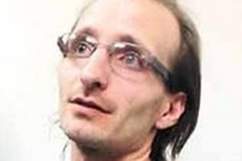 Read More
Oregon
Jeff Smith has his teenage daughters to thank for saving his life.