Opposition presidential candidate Henrique Capriles Radonski and ex-Mayor Leopoldo Lopez are facing possible arrest for “provoking violence” and for not recognizing Hugo Chavez’s succesor — Nicolas Maduro‘s —  as president. After Maduro was named the winner by the pro-Chavez leaning Electoral Council with a 1% margin, evidence of electoral fraud is believed to have surfaced.

The opposition leader as well as international entities including the United States and the European Union, have pushed for a recount and audit of the votes. Although electoral recount is a constitutional right, Maduro and his government have refused to to do so. This refusal has sparked doubts, protests and violent confrontations throughout Venezuela between opposition supporters demanding the recount and government allies including the National Guard. In his many declarations since confrontations began, Nicolas Maduro threatened to use a “strong hand” against the opposition. People have since questioned the validity of Venezuela’s proclaimed democracy. As stated in today’s editorial piece in the Washington Post “Now the Venezuelan regime appears to be preparing to maintain itself in power through brute force — and the oil-producing country is headed for a crisis that demands the attention of the United States and Latin America’s democracies.” 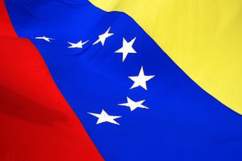 Through a contact within the government, Henrique Capriles and Leopoldo Lopez were informed that the government had put into motion a warrant for their arrest.

Lopez responded on social media sites with the following statement:

“Its not a rumor! My contacts confirm that there are detainment orders against me and Henrique Capriles. I reveal this persecution to the country and the word! The orders have been prepared by criminal court. The court that deals with terrorism….What do they want to accuse us of? Of demanding the right to a recount?…the government has ordered armed groups to dress up like Caprilles supporters and generate violence…I have nothing to fear! Truth is on our side.

A press conference by Leopoldo Lopez set to take place at 11:00 a.m has been canceled.


Capriles and Lopez are not the only opposition politicians that have been persecuted by Maduro’s government. Last night Diosdado Cabello — Maduro-supporter and head of the National Assembly — kicked out all opposition representatives from their positions in government. Former opposition representative Dinorah Figuera posted the following tweet: I was removed from my position by Diosdado Cabello I will keep working for the children and families. Facism! Undeniable.

Henrique Caprilles has canceled an opposition march that was supposed to take place today in Caracas in order to prevent more confrontations between the opposition and pro-government supporters which have already killed 7 Venezuelans. And yet, violence continues to percolate throughout the torn country.