According to WJHL News, William Lee Blakely faces charges of indecent exposure, reckless endangerment and driving, as well as a criminal charge of assault.

A Kingsport Police Department report states that around 3 p.m. last Friday, a female motorist was driving on the road beside Blakely, who was honking on his horn and was exposing himself to gain her attention. “She stated he was making obscene gestures toward her trying to get her to lift her shirt up,” Detective Terry Christian wrote in his report. “She advised that the male appeared to be fondling himself. She said the male was looking directly at her and smiling as he drove.”

Women testified in court last week against the 30-year-old Blakely. One alleged victim, Kelly Street, described the graphic details of what she saw when she encountered Blakely:

Detective Christian said there were similar allegations made against Blakely for the past four years from victims between the ages of 16 and 65. He said, “It’s important to make that report because if you don’t, they’re gonna feel that they can continue that offense and continue victimizing more females.” 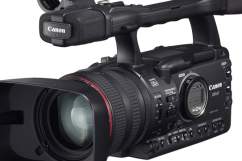