Yanira Maldonado, a 42-year-old Arizona mother, was released from jail Thursday night after being detained in Mexico for more than a week on drug charges, reports ABC News.

Maldonado was accused of smuggling after authorities found 12 pounds of marijuana under her seat on a bus at a check point in Hermosillo, Mexico. She and her husband were traveling home to Phoenix when the bus got stopped and the drugs were found. Maldonado maintained her innocence throughout the investigation.

Hours before her release, court officials reviewed video footage of Maldonado carrying a black, medium-sized purse and two bottles of water onto the bus and her husband carrying only a blanket.

“The evidence was very clear that she never [had] contact with the drug,” Jose Francisco Benitez Paz, the family’s lawyer, said after Maldonado was released.

The packages of drugs were attached to the bottom of the seats by metal hooks, a task that would be difficult for a normal passenger to carry out.

Maldonado’s husband said a man sitting behind them fled during the inspection and may have been the true owner of the drugs.

Maldonado expressed gratitude as she walked out of the Mexican prison Thursday night:

Many thanks to everyone, especially my God who let me go free, my family, my children, who with their help, I was able to survive this test. 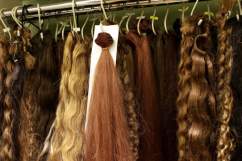 Loading more stories
wpDiscuz
0
0
Would love your thoughts, please comment.x
()
x
| Reply
Yanira Maldonado, a 42-year-old Arizona mother, was released from jail Thursday night after being detained in Mexico for more than a week on drug smuggling charges.