Arvind Mahankali, 13, has been announced as the winner of the 86th Scripps National Spelling Bee, which took place at the Gaylord National Resort and Convention Center outside Washington on Thursday. Mahankali took home $30,000 and prizes along with a huge trophy. Here what you need to know.

Mahankali took home the trophy for the 2013 Scripps National Spelling Bee with the word “knaidel,” a German word meaning a dumpling or a “small ball of matzo.” ABC News reports that Mahankali has struggled with German words in the past. Mahankali said after winning:

I thought a German curse has turned into a German blessing.

2. An Indian-American Won for the Sixth Consecutive Year

Mahankali is the sixth consecutive Indian-American to win the spelling bee and the first boy since 2008.

This year’s winner is no stranger to competing in the national spelling bee. Mahankali has finished in third place in the competition for the last two years. Before the finals on Thursday, he said he wasn’t nervous. Mahankali said:

I’m not nervous because I think it’s good to maintain composure.

4. He Wants to Study Physics

After winning the spelling bee, Mahankali announced that he will officially retire from the competition to focus his attention to studying physics. The 13-year-old says he admires Albert Einstein and wants to become a physicist. 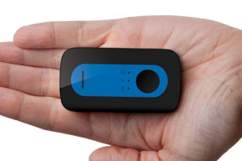