The body of Boston bombing suspect Tamerlan Tsarnaev has been laid to rest at Al-Barzakh Cemetery in Doswell, Virginia, about 15 miles from the state capital Richmond, reports CBS News.

There had been much controversy over what should be done with the body of the suspected terrorist. After several cemeteries in New England rejected the corpse, a fund was set up to repatriate Tsarnaev’s remains to Russia. 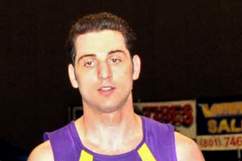 Tamerlan, the elder of the suspected brothers, was killed in a dramatic shootout with Massachusetts police on the night of April 19. His younger brother, Dzhokhar, who ran over Tamerlan’s bullet-riddled corpse as he escaped in a stolen vehicle, remains in a prison hospital at Federal Medical Center Devens, 40 miles outside of Boston.

Boston.com is reporting about the “stealth” mission that allowed Tsarnaev’s body be transported from the funeral home in Worcester, Massachusetts. Police, working in co-ordination with Tsarnaev’s uncle, Ruslan Tsarni, as well as funeral home owner, Peter Stefan, and the woman in Virginia — Martha Mullen, 48, of Richmond — who organized the location, successfully moved the body to Doswell on the night of May 8. When the burial was completed, during the day on May 9, Ruslan Tsarni contacted police to tell them his nephew was entombed.

Uncle of Tamerlan Tsarnaev tells CBS News “It was a normal burial. We weren’t hiding. It was during the day yesterday” #wbz #BostonMarathon

Loading more stories
wpDiscuz
0
0
Would love your thoughts, please comment.x
()
x
| Reply
There is finally some closure on the burial of the terror suspect.