Bryce Reed, 31, is a local paramedic who was a first responder to the massive fertilizer plant explosion in West, Texas, that killed 15 people on April 17.

In the wake of the tragedy, he became a public face of the community in mourning — appearing in numerous TV interviews and speaking at memorial services.

Here’s what you should know about Reed, his arrest, and the questions swirling around him.

1. Cops Say He Had the Makings of a Pipe Bomb

Reed is in police custody for allegedly possessing everything you need to make a pipe bomb. He appeared today in federal court in Waco on a charge of possessing a destructive device and did not enter a plea. Reed was held without bail in McLennan County Jail. According to KVUE, he faces 10 years in jail and a $250,000 fine. His next court date is May 15.

2. He Allegedly Stashed the Bomb Parts at an Unwitting Friend’s House

Click2Houston.com reports cites an unnamed federal source, who says a friend of Reed’s agreed to look after a box of the paramedic’s things sometime after April 19, the day of the explosion.

The friend looked into the box at some point and discovered a pipe bomb. The man then contacted the local sheriff’s office, who in turn brought the information to federal agents.

3. He Has NOT Been Named a Suspect in the Fertilizer Explosion

Law enforcement have not tied Reed’s arrest to the criminal investigation into the blast. But the investigation was announced just hours after his arrest.

Until today, the West explosion had been publicly treated as an industrial accident.

Our whole lives have changed forever; I mean, we’re freaked out anyway,

We’re kind of freaked out by all of this, there’s so many questions that still aren’t answered or might not ever be answered. But it’s just really weird. The timing’s awfully strange.

4. He Spoke at a Memorial Service Attended by Obama

Reed, an incident commander and EMT with West Emergency Medical Services, stepped fully into the limelight in the aftermath of the tragedy. He was interviewed regularly, appearing on TV and at memorial services for the victims. He even made a speech (above) at a service attended by President Barack Obama. In it, he delivers an emotional eulogy for his “brother,” Cyrus Reed (see more in Fact 5 below).

In television interview with KRGV (screenshot below), Reed weeps and says:

I’ve been doing this for 13 years now. And if there’s one thing I’ve learned about disaster, is you find out what people are made of real quick. It will bring out the best in people. It will bring out the worst in some. But I can tell you that we are a town comprised of people with ethics that supersede anything that I can convey to you.

Reed gave an emotional interview with the LA Times talking about the numerous friends who perished in the blast.

@andersoncooper thank you for your heartfelt support and concern. West is behind you, and we all are so blessed that YOU were true to you!!

Reed mourned the loss of firefighter Cyrus Reed, who was killed in the blast. Speaking at his memorial service (watch video above), he repeatedly referred to the volunteer firefighter as his “brother” but acknowledged the two had no blood relation. Soon after the service, Cyrus’ sister, Sarah, suspected that Reed was not as close to her brother as he claimed.

She says that her brother’s cellphone didn’t contain Reed’s phone number and the two were not Facebook friends. Sarah says she had to ask police to get involved when she suspected Reed of stealing from her brother’s apartment, reports The Dallas News.

We want no link between our family and Bryce Reed; he took advantage of our family during an already overwhelming time with the loss of my brother.

6. He’s Spent the Last Week on Facebook Defending His Actions

In addition to the harsh words from Sarah Reed, Bryce faced broader criticism in the community amid suspicion he was profiting from the aftermath of the tragedy — not just soaking up media attention but perhaps pocketing profits.

Reed is also the contact point for a fundraiser that’s raised $33,177 in tee shirt sales through the website TeeSpring.com. A company spokesman says it only issues certified checks to licensed charities, not to individuals.

A Dallas Observer article explored how the fallout of the West explosion opened a window for exploitation.

The day after the explosion, domains.com reported that 60 website names had been registered with titles related to the explosion.

7. He Went on Leave from His Paid Job Before the Explosion & Was Fired from his Volunteer Job Two Days After

According to reporting by Jack Fink of the Dallas CBS affiliate, Reed was employed at the Children’s Medical Center in Dallas but went on leave in early April. The fertilizer plant explosion was April 17.

And two days after the explosion, he was let go from his volunteer position with West EMS.

8. He Makes Questionable Claims on His Resume

The Dallas Morning News dug into the educational and professional credentials that Reed lists on his LinkedIn profile and found evidence that cast doubt on his claims:

Reed wrote on his resúmé that he holds a bachelor’s degree in nursing from Albany-based Excelsior College. A spokesman for the school … said Reed applied to enter the associate degree program but never enrolled. … Reed also claimed to have held management positions with at least three entities that appear to be defunct or have dead websites.

9. He Took a “Break” from Facebook Just Before His Arrest

A day before his arrest, Reed told his Facebook friends he was taking a break from the social network. “I assure you that I’m OK,” he wrote.

10. He’s a Wannabe Country Musician & “One of the Few Remaining Nice Guys”

According to his Myspace page, he performs music in the “2-step / Country / Southern Rock” genre.

Here’s his bio on the site:

Bryce Reed is one of the few remaining “nice guys” left in todays modern world. He is one of those people who you stop and stare at thinking “how can anybody really be that nice?” It truly botheres him when he sees a sixteen year-old kid walk through a door and not hold it open for the elderly lady following him. He still waves at people when he is driving down the road, and always greets people with his unmistakable east Texas “Hi.” His life has had its ups and downs, and like most people, he has learned from them. Bryce attributes his success to two very important factors:First and foremost, he has dedicated his life to his Lord and Savior, Jesus Christ — without whom, he says he never would be where he is today. The second most important factor in shaping him as a person were his parents. According to Bryce he had the typical Norman Rockwell upbringing — you know, two dogs, lots of toys, an only child……In other words, he was spoiled rotten! At the age of three, his parents say they noticed that he had an uncanny love for music. A song would come on the radio, and he would already be screaming at the top of his lungs to keep up with the words. Much to his parent’s disappointment, this behavior continues even today. At the age of seven, he began taking piano lessons, and was forced to play guitar at 13 because, according to Bryce, “it’s really hard to carry a piano around with you”. When high school began, he was determined to stake his claim in the music business. “I noticed people….ok I noticed girls…and they liked musicians..it was a no brainer” he states laughing. “I didn’t like what I was hearing on the radio, and I dont like anything that is cookie cutter creativity and has no substance. There really is no point”. “If I dont make you cry, laugh, or start tapping your feet and wanting to dance…something is really wrong”. The difference between Bryce and most artists, is that he writes all of his own music. Every song is meant to inspire, encourage, and lighten the everyday load that life has a tendancy to bring. Bryce’s songs are based on real life events (some in his life, some in his friends). “I dont do the whole dress up and rhinestones thing. I am a tee shirt and jeans guy and I am just a normal person. I hope people can see that. I have a little edge I guess, and I dont stand by and get walked on. I don’t take myself serious at all, and in fact most of the time I am laughing at the goofy stuff I do. I just want people to know i’m not an untouchable, I’m just one of the guys. I am who I am and I will continue to be that way. I have fought to keep my identity. I have had “image consultants” tell me how to look, dress, and act…yeah they got fired. I am who I am, and if people dont like it there are a lot of other exceptional artists out there who they would like, they can stand in the line to get a picture and an autograph with them. Personally I will be out in the crowd hanging with my fans having a beer or two”. Today Bryce is still hard at work writing and making music, however, when he isn’t, he is volunteering his time to help others. Bryce states that one of this greatest accomplishments in life is becoming a paramedic. “It is just awesome, I cant explain what it is like to help people at the worst point in there life and actually know you made a difference”. In his off time he volunteers as a paramedic, a search and rescue member, and a counselor to fire fighters and paramedics. He is a field training officer, and teaches other paramedics and EMT’s as well. “I have my hands full, but the more weight you carry, the stronger it makes you”. “God has a plan for me and my life, I have been so blessed, but he just keeps it coming….it’s awesome”. 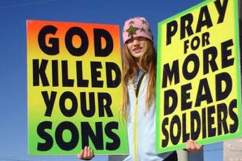 Loading more stories
wpDiscuz
0
0
Would love your thoughts, please comment.x
()
x
| Reply
A paramedic has been arrested as police begin a criminal investigation of the fertilizer explosion in West, Texas.