The FBI says it has thwarted an imminent domestic terror plot with the arrest of a paramilitary enthusiast in Montevideo, Minnesota, and the seizure of explosives and weapons.

Here’s what you need to know about the arrest of Buford “Bucky” Rogers.

1. The Feds Raided a Trailer Park

According to the FBI, multiple law enforcement agencies “executed a search warrant at 1204 Benson Avenue, Lot #8, in Montevideo, Minnesota,” and arrested Buford “Bucky” Rogers, age 24. The raid occurred on Friday, May 3, at Rogers’ trailer home, where a massive contingent of officers and agents, including the local bomb squad, descended on the scene.

According to the criminal complaint (read it above), agents seized a Romanian AK-M rifle (a next-gen AK-47), pipe bombs and Molotov cocktails.

3. The FBI Says it Has Disrupted a “Terror Attack” Plot

From the FBI statement:

The FBI believes that a terror attack was disrupted by law enforcement personnel and that the lives of several local residents were potentially saved. The terror plot was discovered and subsequently thwarted …

FBI spokesman Kyle Loven told the AP there “would have been a localized terror attack, and that’s why law enforcement moved quickly.”

…several neighbors in Northdale Park mentioned Buford was a member of an anti-government group.

In June 2011, Buford made several anti-government statements on his Facebook page, including:

…ever one better get your guns ready cuz there comeing FEMA

5. There Are no Details on the Planned Attack or on Whether Buford Was Acting Alone

According to the complaint, Rogers was previously convicted of third-degree burglary, a felony, in 2011. He’s now charged with being a felon in possession of a firearm. He also had a previous conviction for reckless use of a weapon in 2009.

8. Buford is a Juggalo

According to a photos on his Facebook page, including his tattoo, Buford is a Juggalo — a member of the cult-like following of the Psychopathic Records music label, aka “The Hatchet Family.”

Numerous photos posted online depict Buford with a baby boy, suggesting he may be a new dad. His Facebook page also says that he is in a relationship.

10. He Lists His Favorite Book as The Art of War

Meanwhile, the only “Activity” listed on his Facebook page is “Militia” and the only “Interest” he lists is “Warfare.” 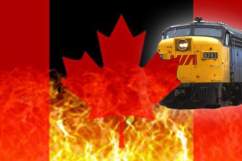