The Florida woman was charged with manslaughter and was facing a possible 30-year sentence. A lot of buzz was created by the 911 tapes of Kelley reporting her boyfriend shot on her bedroom floor, according to HLN.

Here’s what you need to know …

On the night in question Kelley and Peatross got into a heated argument. She asked him to leave, and he did. However, later that night she heard someone come in the house along with the door chime. She got her gun, thinking it was an intruder, and stayed in her bedroom. He walked through the door and struggled with her for the gun. As the story goes, he pointed it to his head, saying, “Just let me do it.” Then, according to Kelley, the gun went off, reports the Orlando Sentinel.

In the above 911 call, Kelley never mentions that her boyfriend shot himself. The prosecution claimed Kelley and Peatross had spent the night drinking and arguing, which is why she sounded so incoherent on the 911 call.

“There are things in [Kelley’s] versions that don’t make any sense. Listen to the wording that she uses. Listen when she walks out of the house and the police respond. … [She says] ‘He’s been shot. He’s been shot.’ Not ‘He shot himself.'” 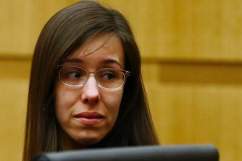 Although her call to 911 was rambling and somewhat incoherent, thanks to a night of drinking, Kelley called for help and audibly pleaded for Peatross to “stay with me.” This gave her a credibility with the jurors and the public. This differs from the Jodi Arias case, where she killed her boyfriend but lied and deceived everyone from her parents to the police. The 911 call makes Kelley sound legitimately distressed by the incident, something that was used by her defense team.

4. Bloody Evidence Photos Were Used by the Prosecution

To back up the prosecution’s case, evidence photos and diagrams appeared to show that the gun was an inch away from Peatross’ cheek when it was fired. The prosecution argued that this proximity and the angle were not consistent with a suicide.

Photo via Florida Medical Examiner showing the wounds on the victim’s head.

After leaving the courtroom, following her acquittal, Kelley was surrounded by relatives and friends who all openly wept. When asked where she was going now, Kelley responded with the ubiquitous “Disney World.” She also told reporters:

Tonight, I will sleep very well. 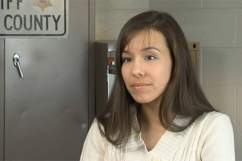