Debroah Turness, editor of Independent Television News in the U.K., is set to be announced as the first ever female head of U.S. news network — taking the helm as president of NBC News, reports The Guardian.

1. Her Appointment Was Predicted Last Month by the L.A. Times

In April, the L.A. Times reported that NBC’s search for a successor to Steve Capus, who left the position as President of NBC News in February, had expanded “beyond not only the company, but the country as well.”

The article mentioned Turness as the frontrunner.

2. This Comes as NBC News is in “Turmoil”

With NBC still adjusting to its Comcast takeover in 2011, the news division also has problems, with Today in the midst of a ratings slump and the uncertainty over the future of Matt Lauer. Turness will have her work cut out to bring stability after Steve Capus’ uncertain eight-year reign as president. But Brian Williams remains the king of evening news.

3. She’s the Third Limey to Take a U.S. News Executive Position This Year

Turness follows in the footsteps of former BBC Director-General Mark Thompson, who accepted the position of New York Times Chief Executive despite being caught-up in the Jimmy Saville scandal and cover-up, and Jon Williams, former BBC News Editor, who is now managing editor for international news at ABC. 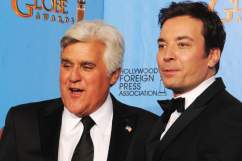 4. She Was the Only Journalist Present at Obama’s Buckingham Palace Banquet

During U.S. President Barack Obama’s official state visit to the U.K., the private banquet held in his honor was cut off from the press, except for Turness, who was present.

It’s thought she is held in high-regard amongst the British royal family because of ITV’s “well-regarded” coverage of the wedding of Prince William and Kate Middleton, which occurred in April 2011. She was named one of the 100 most influential people in media in 2011 by the Evening Standard.

5. She is One of Britain’s Most Renowned Journalists

Turness has been posted in Paris, Washington, D.C., and Iraq for ITV News. She began with the company in 1988. In 2000 she moved into an editing role with Channel 5 News. She moved to Channel 4 in 2002, before returning to ITV as head of news in 2004. Since being there ITV has been widely recognized for its coverage of the London bombings in 2005 as well as the shooting of Jean-Charles De Menezes, the man incorrectly identified as a terrorist by London police.

In 2008, she won an Amnesty International U.K. Media Award for her news report series: “Too Young to Die – Children of the Frontline.” And in 2008 she won The News and Factual Award presented by Women in Television and Film in the U.K.