Family members of the sole suspect in the Cleveland kidnappings are speaking out about their disappointment, embarrassment and pain they feel towards Ariel Castro, the man responsible for kidnapping three women and holding them captive, beating them and raping them for about 10 years.

One of Castro’s daughters, Arlene Castro, appeared on Good Morning America on Thursday and said that she had no idea that her father was capable of committing such a heinous act.

Another daughter, Angie Gregg, told CNN that she is disgusted and horrified by what he father did.

The mother of the suspect, Lillian Rodriguez, spoke to reporters from the window of her car and said that she is in a lot of pain for what her son has done.

“I have a sick son who has committed something very grave,” Rodriguez said. “I am suffering very much. I ask forgiveness to those mothers. May those young ladies forgive me.”

Castro was arrested when one of his victims, Amanda Berry, escaped from the kidnapper’s house and ran to a neighbor for help. He was formerly charged on Thursday with four counts of kidnapping and three counts of rape. 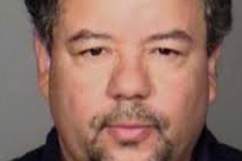 Loading more stories
wpDiscuz
0
0
Would love your thoughts, please comment.x
()
x
| Reply
Family members of the Cleveland kidnapping suspect are speaking out about their disappointment, embarrassment and pain they feel towards the Ariel Castro.