This comes in light of Secretary Chuck Hagel‘s recent statements, which said, “The Obama administration is rethinking its opposition to arming Syrian rebels but has not yet made a final decision.” With surging proof of the use of chemical weapons by President al-Assad’s forces in Syria, pressure is mounting for U.S intervention. 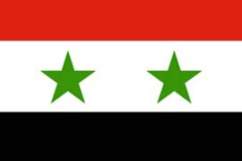 Ex-VP Khaddam was one of the few Sunni Muslims to make it in the Alawite-dominated Syrian leadership. A loyalist of Hafez Assad – Khaddam held an important position within the Syrian government. However, in 2005, the ex-VP resigned from his position and fled the country to France in protest of policies put forth by Hafez’s son, President Bashar Assad.

Loading more stories
wpDiscuz
0
0
Would love your thoughts, please comment.x
()
x
| Reply
Even the ex-VP is pressuring the United States to intervene in Syria