Charles Ramsey, the Cleveland kidnapping hero who helped save three women held captive for 10 years, will never have to pay for a burger ever again.

The enthusiastic rescuer famously told reporters again and again how he was preparing to enjoy a juicy McDonald’s Big Mac burger when he heard victim Amanda Berry screaming for help next door. Now, dozens of local burger joints have offered free burgers whenever the hero wants, reports The Plain Dealer.

Not long after Ramsey rescued Amanda Berry, Gina DeJesus and Michelle Knight did Hodges restaurant, where Ramsey works as a dishwasher, create a special burger in honor of the hero called the Ramsey Burger. The burger is a play on a Big Mac.

Inspired by the restaurant’s tribute, Hodgson’s partner, Scott Kuhn of Driftwood Restaurant Group, felt that Ramsey deserved more. Kuhn created a single-edition “Chuck Card” for the hero, who will receive a free burger anytime he brings the card in to any participating restaurant. 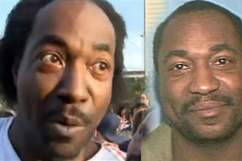 Hero Charles Ramsey is a Felon Who Beat His Wife

“We want to honor our local hero with local food,” said Kuhn. “He stopped his meal midway through to help those women. We’re now making sure he has other opportunities to go out and fully enjoy his burger.”

The number of participating restaurants has reached 14. The only restaurant that seems to be missing, however, is McDonald’s, which promised Ramsey it would “be in touch.” 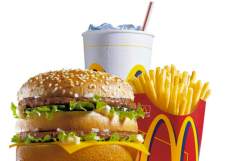 Loading more stories
wpDiscuz
0
0
Would love your thoughts, please comment.x
()
x
| Reply
Charles Ramsey, the Cleveland kidnapping hero who helped save three women held captive for 10 years, will never have to pay for a burger ever again.