(Photo by NASA via Getty Images)

Astrononauts floating 200 miles above the Earth will make emergency spacewalks to fix a coolant leak on the International Space Station. The first walk is scheduled for tomorrow.

Liquid ammonia, used to cool the system that converts solar energy to electric power for the football-field-sized station, is dribbling into space, and while the problem is described as “serious” but not life-threatening to the ISS crew, the situation is tense.

Geekosystem reports that the leak “may be more severe than initially thought.” It was a minor issue until Thursday night, “when the rotation of the solar panels seemed to worsen the leak.”

Tom Marshburn (left) and Christopher Cassidy are stepping out into space to fix a leak on the ISS. (Wikipedia Photos)

The leak, likely caused by a tiny piece of debris striking the station, has been persistent but extremely slow since 2006. In November of 2012, space station astronauts made a successful spacewalk to address the leak, but the problem persists and escalated this week.

According the howmanypeopleareinspacerightnow.com, the other four crew members onboard the ISS are: 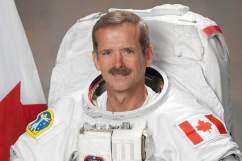 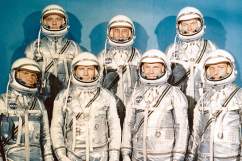 Loading more stories
wpDiscuz
0
0
Would love your thoughts, please comment.x
()
x
| Reply
Two American astronauts — a Navy SEAL and a doctor — will venture into space to fix a "serious" leak on the ISS.