Jodi Arias was found guilty of first degree murder at the conclusion of one of the most high-profile murder trials in recent history, and in a post-verdict interview, Arias said that she prefers the death sentence over spending the rest of her life in the confines of prison, reports the New York Daily News. 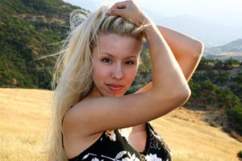 The pretty 32-year-old was convicted of first-degree murder on Wednesday in the gruesome slaying of her boyfriend, Travis Alexander, in 2008. Alexander was found dead with a gun shot wound, 27 stab wounds and his throat cut from ear to ear. Arias claimed that she shot him in self defense, but the jury unanimously agreed that she is guilty of premeditated murder.

In a post-interview with Arias, she expressed her disbelief in the verdict.

“I think I just went blank,” Arias said. “I just feel overwhelmed. I think I just need to take it a day at a time. It was unexpected for me. There was no premeditation on my part.”

Arias, who has been put on suicide watch, said that she prefers death sooner than later.

“Longevity runs in my family, and I don’t want to spend the rest of my natural life in one place,” Arias told MyFoxPhoenix.com. “I believe death is the ultimate freedom and I’d rather have my freedom as soon as I can get it.”

The death penalty is certainly a possibility for the fate of Arias.

The convicted murdered also said that she hopes that the family of Alexander can find peace now that the verdict has been made. Alexander’s brothers and sisters said that they “are in agreement with the jury’s verdict of guilty” and that they plan to file a wrongful death civil suit against Arias.

Arias spent 18 days on the witness stand testifying in her defense, and 12 jury members made up of eight men and four women made the final decision. 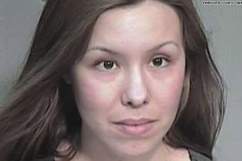