The Internal Revenue Service is in the middle of a scandal after it admitted that it wrongfully targeted certain conservative groups seeking tax-exempt status. Lois Lerner, a key figure in the debacle, announced that she plans to plead the Fifth during her testimony on Wednesday. Here’s what you need to know.

1. The IRS Singled Out Conservative Groups

According to an inspector general’s report released last week, the IRS admitted to wrongfully targeting certain conservative groups seeking tax-exempt status with “tea party” or “patriot” in their names for extra scrutiny at the beginning of 2010, reports The Washington Post.

Agency Official Lois Lerner was the first to admit to the scandal publicly on May 10th at a conference held by the American Bar Association. Here’s an excerpt from the transcript of her speech. Read the full speech here.

“We get about 60,000 applications for tax exemption every year, most of them are 501(c)(3) organizations. But between 2010 and 2012 we started seeing a very big uptick in the number of 501(c)(4) applications we were receiving and many of these organizations applying more than doubled, about 1500 in 2010 and over 3400 in 2012. So we saw a big increase in these kind of applications, many of which indicated that they were going to be involved in advocacy work.

So our line people in Cincinnati who handled the applications did what we call centralization of these cases. They centralized work on these in one particular group. They do that for efficiency and consistency — something we do whenever we see an uptick in a new kind of application or something we haven’t seen before. Folks might remember from back a few years ago we had credit counseling organizations and we centralized those cases. We had mortgage foreclosure cases and we centralized those cases. We do it for consistency So they went ahead and did that. How they do centralization is they have a list in their office that they give out to folks who are screening cases that says if it is one of these kind of cases and it can’t be screened it needs to go to group X. So centralization was perfectly fine.

However, in these cases, the way they did the centralization was not so fine. Instead of referring to the cases as advocacy cases, they actually used case names on this list. They used names like Tea Party or Patriots and they selected cases simply because the applications had those names in the title. That was wrong, that was absolutely incorrect, insensitive, and inappropriate — that’s not how we go about selecting cases for further review. We don’t select for review because they have a particular name.”

Lerner is in charge of the division of the IRS that oversees tax-exempt organizations. She was briefed on the practice prior to reassuring lawmakers in a letter that the heightened scrutiny of the conservative groups were “in the ordinary course of the application process” for tax-exempt status.

3. She Plans to Plead the Fifth

Lerner plans to reveal nothing when she testifies on Capitol Hill on Wednesday and said she will plead the Fifth.

“The committee has been contacted by Ms. Lerner’s lawyer who stated that his client intended to invoke her Fifth Amendment right and refuse to answer questions,” said oversight spokesman Ali Ahmad.

The agency official will request she be allowed to skip the hearing because it would “have no purpose other than to embarrass or burden her.”

Ahmad said Lerner will have to plead the Fifth in person and on camera.

“Ms. Lerner remains under subpoena from Chairman Issa to appear at tomorrow’s hearing — the committee has a Constitutional obligation to conduct oversight,” Ahmad said. “Chairman Issa remains hopeful that she will ultimately decide to testify tomorrow about her knowledge of outrageous IRS targeting of Americans for their political beliefs.”

5. There is No Evidence of Criminal Wrongdoing

IRS officials and an inspector general has said that there is no evidence of criminal wrongdoing at this point in the scandal. However, some Republicans cited Lerner’s admittance as proof that the law was broken. 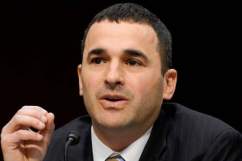 Loading more stories
wpDiscuz
0
0
Would love your thoughts, please comment.x
()
x
| Reply
Lois Lerner, a key figure in the recent IRS scandal, announced that she plans to plead the Fifth during her testimony on Wednesday