The Russian warship Admiral Vinogradov is a destroyer in the Pacific Fleet. (Wikipedia)

The United States and Russia have always been at odds when it comes to the Syrian civil war.

Amidst the tragedy that continues to plague Syria, a glimmer of hope emerged last week when Russia and the U.S revealed they were working together to resolve the devastating crisis in the war-torn Middle Eastern country. However, today a dozen or more Russian warships were sent to patrol waters near Russia’s naval base in Syria, a buildup that U.S. and European officials see as a newly aggressive stance. According to the New York Times, Russia has also “sent advanced anti ship cruise missiles to Syria, a move that illustrates the depth of its support for the Syrian government.” What does this mean for Syria and what repercussions does this have on efforts from the international community to work together towards a solution?

Here are the facts you need to know about Syria and Russia’s expanded presence in the eastern Mediterranean.

Russia has never hidden the fact that they supply weapons to Syria under signed contracts. In fact Russia is, by far, Syria’s largest arms supplier. The Russian Foreign minister Sergie Lavrov has said these transactions have occurred “without violating any international agreements or our own legislation.”

Foreign Policy reports that these ships give, “the government [Assad] the capacity to stave off international efforts to reinforce the Syrian opposition by sea.

Russia has been resisting efforts led by the U.S. and other Western nations to press Assad to step aside. Still, just this week, there’s been “a real breakthrough” in the effort to get Russian President Vladimir Putin to help in the push for peace in Syria.

However, as the Wall Street Journal explained,  U.S. and European officials see the build up “as a newly aggressive stance meant partly to warn the West and Israel not to intervene in Syria’s devastating civil war.” U.S. and European officials believe Mr. Putin wants to prevent the West from contemplating a Libya-style military operation inside Syria.

“It is a show of force. It’s muscle flexing,” a senior U.S. defense official said of the Russian deployments. “It is about demonstrating their commitment to their interests.”

2. This is One of Russia’s Largest Naval Deployments since the Cold War

Wall Street Journal reports that Russia’s expanded presence in the eastern Mediterranean, which began attracting U.S. officials’ attention three months ago, is one of its “largest sustained naval deployments since the Cold War.” According to Wikipedia, the Russian Navy suffered severely since the dissolution of the Soviet Union because of  insufficient maintenance, lack of funding and training of personnel as well as timely replacement of equipments. Another setback is attributed to Russia’s domestic shipbuilding industry which is reported to have been in declined.

U.S. Secretary of State John Kerry and his Russian counterpart Sergei Lavrov speak at their joint press conference in Moscow on May 7. (Getty Images)

This week, U.S. Secretary of State John Kerry and Russian Foreign Minister Sergei Lavrov announced they will try to bring together the Syrian state and its opponents by convening an international peace conference. But it seems as though Russia is undermining the United States with this recent move. Secretary of State John Kerry has already warned that the United States opposes the sale of advanced weapons to Syrian government. The buildup is seen as Moscow’s way of trying to strengthen its hand in any talks over Syria’s future and buttress its influence in the Middle East.

4. This Comes Only Two Days After the U.N Syria Resolution

On Wednesday, UN General Assembly voted and approved an Arab-backed resolution calling for political transition in Syria. The resolution condemned Assad’s forces in the Civil War and pressused the president to step down. Russia was clearly against the resolution which passed 107 in favor, 12 against and 59 abstentions. Russia, a staunch ally to President al-Assad’s regime, had sent letters before the vote urging members to vote “no.” Russia’s UN Ambassador Vitaly Churkin called the resolution “one-sided and biased.” Russia’s ambassador mentioned that the UN’s resolution was counter productive in light of the US and Russia’s recent collaboration. 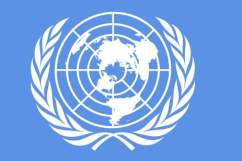 5.  Syria’s Port City is Russia’s Only Naval Base in the Region

According to Wikipedia, Russia’s naval facility in the Syrian port city of Tartus is “the last Russian military facility outside the former Soviet Union, and its only Mediterranean repair and replenishment spot …” The status of Tartus is unknown right now due to the 2011 uprising which sparked the current Civil War. Russia has the fear that if Assad is forced to step down, they will lose their strategic spot.

Since Russia forgave Syria of three quarters, or $9.6 billion, of its $13.4 billion Soviet-era debt and became its main arms supplier in 2006, it has been reported that Russia and Syria have conducted talks about allowing Russia to develop and enlarge its naval facility, so that Russia can strengthen its naval presence in the Mediterranean.[7] Amid Russia’s deteriorating relations with the West, because of the 2008 South Ossetia War and plans to deploy a US missile defense shield in Poland, President Assad reportedly agreed to the port’s conversion into a permanent Middle East base for Russia’s nuclear-armed warships.[8] Since 2009, Russia has been renovating the Tartus naval base and dredging the port to allow access for its larger naval vessels.

Loading more stories
wpDiscuz
0
0
Would love your thoughts, please comment.x
()
x
| Reply
What does the mean for U.S and Russian efforts to resolve the bloody conflict in Syria?