The body of Tamerlan Tsarnaev, one of the brothers suspected in the Boston bombings, will be claimed by Tsarnaev’s blood relatives tonight, just as his widow, Katherine Russell, had requested.

The body of Tamerlan Tsarnaev has left the medical examiners office and is in the custody of his family. #wcvb twitter.com/KathyReports/s…

Further information on what exactly caused Tamerlan’s death during the dramatic shootout that occurred in Watertown on April 18 — was it Boston police bullets, one of the Tsarnaevs’ bombs, or when Tamerlan’s brother Dzhokhar ran him over while escaping — should be released tomorrow. 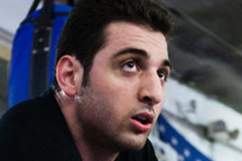 BREAKING: Tsarnaev family has made arrangements to pick up body of Marathon bomb suspect Tamerlan Tsarnaev from the state medical examiner.