One of the missing women, Amanda Berry, center, and her 6-year-old daughter reunites with her sister, left, at a Cleveland hospital.

Three women who have been missing for about 10 years were found alive inside a suburban home in Cleveland, Ohio, reports WKYC-TV.

Amanda Berry went missing when she was 16 in 2003, Gina DeJesus when she was 14 a year later and Michele Knight vanished at the age of 20 in 2002. All three were feared dead by their friends and families, while others refused to give up hope. On Monday, they were found alive and fairly well after being held captive for the past decade. Here’s what you need know.

Cleveland police said the three women were being kept captive in a house on the 2200 block of Seymour Ave. Charles Ramsey, a neighbor who just came home from McDonald’s, told WKYC-TV he saw Amanda Berry screaming for help at the front door of the house.

“This girl’s kicking the door and screaming, and so I go over there with my Big Mac, and I say, ‘Well, can I help you, what’s going on?'” Ramsey said. “And she says, ‘I’ve been kidnapped, and I’ve been in this house a long time. I want to leave right now!'”

Ramsey and another neighbor kicked the door open and Berry and her daughter came out. He took her to her home for shelter.

“Help me, I am Amanda Berry,” she frantically told the dispatcher. “I’ve been kidnapped and I’ve been missing for 10 years. And I’m here and I’m free now. I need them [the police] now, before he gets back… I’m Amanda Berry. I’ve been in the news for the past 10 years.”

3. All Three Are in Fair Condition

The women were taken to MetroHealth Medical Center where they are reported to all be in fair condition.

“We’re assessing their needs, and the appropriate specialists are evaluating them as well,” Dr. Gerald Maloney said at a news conference. “This isn’t the ending we usually hear to these stories. We’re very happy.”

Ariel Castro has been identified as the prime suspect.

ABC News reports that according to police, three brothers were arrested in connection to the missing women. In the 911 call, Berry identified one of her captors as 52-year-old Ariel Castro, the listed owner of the house she was held in. According to district spokeswoman Roseann Canfora, Castro used to work as a bus driver for the Cleveland Metropolitan School District. There is still no word on the immediate charges.

5. Berry May Have Had a Daughter With Her Captor

Ramsey, the neighbor who rescued the women, said Berry was with her child, who she identified as “his daughter,” an apparent reference to the man living in the home. However, there is no confirmation of the father of the child as of yet.

6. Police Have Not Released Further Details About Their Kidnapping

Police have yet to provide further details about how they were abducted a decade ago and what has happened since then.

“We have many unanswered questions regarding this case, and the investigation will be ongoing,” Mayor Frank Jackson said in a statement.

Berry’s mother, Louwana Miller, spent three years hopelessly searching for her missing daughter until her death in 2006. She was hospitalized with pancreatitis and other ailments. Friends and family said Berry’s disappearance on contributed to her deteriorating health.

8. A Prison Inmate Provided a False Tip in January

A prison inmate was sentenced to four and a half years after providing a false burial tip in the disappearance of Berry. Last summer, Robert Wolford was taken to a Cleveland lot where he told investigators Berry was buried. In January, he pleaded guilty to obstruction of justice, making a false report and making a false alarm.

Two men were also arrested for questioning regarding the disappearance of DeJesus in 2004, but were released in 2006 after investigators failed to uncover any leads.

9. The News Prompted Celebrations in the Street

The night the women were found, crowds gathered on the street in front of the house where Amanda Berry, Gina DeJesus and Michele Knight were held.

10. A News Conference Will Be Held on Tuesday 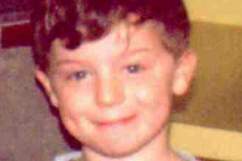 Loading more stories
wpDiscuz
0
0
Would love your thoughts, please comment.x
()
x
| Reply
Three women who have been missing for about 10 years were found alive on Monday after being held captive in Cleveland, Ohio.