Today the UN General Assembly voted and approved an Arab-backed resolution calling for political transition in Syria —- a country that has been suffering from a brutal two-year civil war.  The resolution encourages, among other things, the UN Security Council to “consider appropriate measures” that would ensure accountability for the ongoing violence and human rights violations in Syria. As reported by Amnesty international, the resolution contains the UN’s strongest call yet for independent and impartial investigation of all suspected violations of human rights and international humanitarian law since the outbreak of the Syrian uprising.Thus, while the non-binding text has no legal force, resolutions adopted by the UN’s General Assembly can carry significant moral and political weight.

Here’s what you need to know about the UN and its most recent attempt to deal with Syria’s devastating humanitarian and political crisis:

1. The UN Condemns Assad’s Forces in the Civil War

The resolution strongly condemns President Bashar Assad’s regime on two counts: the escalation of heavy weapons on civilians and the “systematic violations of human rights,” according to Aljazeera. The draft specifically characterized the use of heavy weapons as indiscriminate shelling form tanks and air-crafts as well as the use of ballistic missiles and cluster munitions against populated areas, reports RT . The resolution also gives “grave concern at the threat the Syrian authorities to use chemical or biological weapons as well as at allegations of reported use of such weapons.” Having said that, earlier this month the United Nations said that it had no evidence implicating the Syrian government of the use of chemical weapons.

The resolution pushed for the UN Security Council to ensure accountability for the ongoing violence and human rights violations in Syria. Jose Luis Dias, Amnesty International’s UN representative has issued a statement which criticized the United Nations for taking too much time to react to Syria’s crisis:

Tens of thousands of people have died and millions have been uprooted by the ongoing armed conflict in Syria, but it has taken the United nations more than two years to even begin to address the grave human rights abuses being committed there

The Syrian Observatory for Human Rights (SOHR), an opposition group, said on Tuesday that at least 94,000 people have been killed in the war, but the death toll is likely to be as high as 120,000.

The 193-member world body voted to accept the moderate Syrian National Coalition as a legitimate party in the country’s potential political transition. The SNC is a unified coalition of opposition groups established in  Qatar and that has attempted to seek international recognition in regional and international forums.  Since its inception, the US state department has shown its support for the coalition and its “democratic future.”

According to Time, the resolution would promote the road-map for a Syrian transition, which would start  with the establishment of a transitional governing body vested with full executive powers and end with elections — but there has been no agreement on how to implement it, which would require Assad to relinquish power at some point.

The draft resolution reiterates the General Assembly’s call “for an inclusive Syrian-led political transition to a democratic, pluralistic political system, in which citizens are equal regardless of their affiliations or ethnicity or beliefs.” It says this should be done by starting “a serious political dialogue between credible, empowered, and mutually acceptable interlocutors representing the Syrian authorities and the Syrian opposition.”

3. The Syrian Opposition Suffered a Blow After a Gruesome Cannibal Video

Although the UN condemns Assad’s forces, the unease with rebels grows. A recent video showing a rebel commander mutilating and eating a pro-Assad fighter has made the international community particularly fearful of the growing extremism within rebel sects. The Syrian National Coalition has since condemned the act. Although the UN assembly was expected to approve the resolution, diplomats predicted that the resolution being voted on Wednesday would get a reduced majority of  “yes” votes because of concerns about the divided opposition.

Syrian Ambassador Bashar Ja’Afari spoke before the vote and stated that the resolution would “escalate violence” by legitimizing the provision of weapons to “terrorists” in Syria and “by recognizing one faction of the opposition as the Syrian people’s legitimate representative.” He also said that rebel forces had links to Al-Qaeda and that these factions had committed “unprecedented savage crimes and human rights violations.”

Russia, a staunch ally to President al-Assad’s regime, had sent letters before the vote urging members to vote “no.” Russia’s UN Ambassador Vitaly Churkin called the resolution “one-sided and biased.” Although the United States and Russia have stood at opposing sides of Syria’s conflict, John Kerry and Russian Foreign Minister Sergey Lavrov have decided to convene an international peace conference on political transition in Syria. Russia’s ambassador mentioned that the UN’s resolution was counter productive in light of the US and Russia’s recent collaboration. 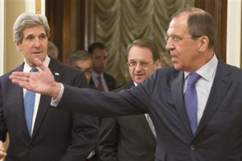 Russia and U.S Join Forces to Push for Syrian Resolution

5. The Resolution Passed With a Substantial Majority

The final vote tally: 107 in favor, 12 against and 59 abstentions. This is a tighter margin than in August of last year, when 133 states voted to approve a similar resolution. Russia and China have three times vetoed a UN Security Council resolution on the situation in Syria.
Check out the official voting record below:

Loading more stories
wpDiscuz
0
0
Would love your thoughts, please comment.x
()
x
| Reply
The international community is finally getting their act together with the bloody situation in Syria