While most adolescents gossip with their friends about the moment they finally lose their virginity, they probably don’t consider giving it up for television. Losing one’s v-card in the backseat of mom’s car is so 20th century, the kids these days want to make some cash off their crotch flowers.

Australian filmmaker Justin Sislely had started filming a documentary last year titled Virgins Wanted, that followed a woman and presumably far less desirable man on their quests to auction off their virginity. The documentary has now shifted into a reality series which is slated to debut this October at a entertainment expo in Cannes, France called MIPCOM. Sorta makes The Bad Girls Club and Real Housewives a little less putrid, huh?

Sisley claims that the desire from virgins to auction off their first-time intercourse relations is overwhelming, with the emails pouring in everyday.

We are looking into a ‘VW 2’ due to the large amounts of emails we are still receiving from virgins and potential bidders looking for virgins all over the globe. (At least 50 per week).” 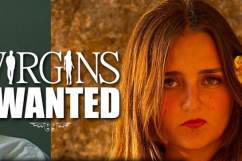 If there was a literal morality compass it would be spinning out of control about now. Sisley attest that he’s received over 500 videos from men and women from around the globe who are desperate to make some easy money and instant “fame” for throwing down their virginity.

Brazilian Catarina Migliorni made headlines when she offered herself up to the highest bidder – a Japanese business man who shelled out $780,000 for her untouched vajayjay (could the winner be any more stereotypical?!). The sad part is that her male virgin counterpart only garnered $3,000. Look at it this way, dick has the worth of perhaps aluminum, it’s female counterpart is up there with gold, it’s been that way since the dawn of time.

While virgins offering themselves up for a monetary buyout isn’t entirely new, the idea that it will become some sort of reality show is a foreign concept. It’s also one that’s raising some legal questions.

Do you hear that faint noise? It’s the sound of morality being flushed down the toilet. 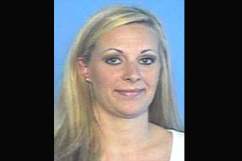 Read More
Australia, Reality TV, Sex, Weird News, WTF
wpDiscuz
0
0
Would love your thoughts, please comment.x
()
x
| Reply
Do you hear that faint noise? It's the sound of morality being flushed down the toilet.