A 6-year-old transgender girl is at the center of a landmark case for LGBT rights — recently winning a lawsuit claiming discrimination against a school district that barred her from using the girls bathrooms.

Coy Mathis was born a boy but very quickly began displaying signs of identifying with being female. She grew her hair out long, asked friends and family to identify her as a girl and wore dresses. When she began the first grade at Fountain-Fort Carson School District, Coy’s parents Kathryn and Jeremy Mathis warned the school that their child identified with being female even though she was born male and that they should address her as female. The school complied but in December of 2012 informed Coy’s parents that she would no longer be able to use the girls bathroom — that she must use the staff bathrooms or the gender-neutral bathroom in the health office, according to New York Times.

SHare If You Think This Is Inspirational and Progressive

Coy’s parents filed an anti-discrimination case against the school after they cited that “as she grew older and developed, some students and parents would likely become uncomfortable,” according to New York Times. Coy’s parents pulled her out of school and lodged a complaint with the civil rights division in February claiming that the district violated the 2008 anti-discrimination laws in Colorado.

The Colorado Civil Rights Division now has won the suit against the school district in a landmark case for LBGT rights. Michael Silverman, executive director of the Transgender Legal Defense and Education Fund, which filed the complaint, tells Reuters, “This ruling sends a loud and clear message that transgender students may not be targeted for discrimination and that they must be treated equally in school,” reported Fox News.

“Schools should not discriminate against their students, and we are thrilled that Coy can return to school and put this behind her,” Kathryn Mathis, Coy’s mother, said in a statement. “All we ever wanted was for Coy’s school to treat her the same as other little girls. We are extremely happy that she now will be treated equally,” reports ABC news. 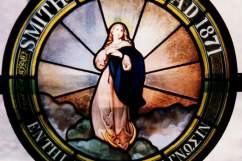 Read More
Lawsuits, LGBT, Politics, Weird News
wpDiscuz
0
0
Would love your thoughts, please comment.x
()
x
| Reply
A 6 year old transgender girl wins suit after being told she would no longer be able to use girls restroom in school.