Former New England Patriots player Aaron Hernandez has been arrested on charges in connection to the murder of Odin Lloyd last week and he is already being investigated in connection to two more Boston murders in July 2012, reports Boston.com. Here’s what you need to know.

1. Hernandez is Being Investigated in Connection to a Double Murder in Boston

Two law enforcement officials, who asked for anonymity, said Hernandez may have also had a role in the double murder of Daniel Abreu, 29, and Safiro Furtado, 28.

2. Odin Lloyd May Have Known About Hernandez’s Role in the Slayings

The officials believe that Hernandez may have killed Lloyd because he knew about the football player’s involvement in the murders.

3. It All Started With a Fight at a Club

Investigators believe that the whole messy situation started with a fight at a club called Cure between Abreu, Furtado and a group of men including Hernandez. The two left the club with three other men in the early morning hours of July 16, 2012. Abreu was driving, and while he was stopped at a traffic light, an SUV pulled up next to their sedan and opened fire. Abreu and Furtado were killed. The slayings were since left unresolved. Investigators heard Hernandez was at the club the night of the murders, but was not a suspect at the time. Since the former football star’s arrest, detectives have decided to look more closely at Hernandez in connection.

4. He May Have Been Playing Football After Participating in a Double Murder

If the accusations turn out to be true, Hernandez would have played with the Patriots last season after he participated in the double murder.

5. Hernandez Has Pleaded Not Guilty

Hernandez pleaded not guilty to murder and firearms charges in Attleboro District Court in the killing of Lloyd, who was shot to death June 17 in an industrial park near Hernandez’s North Attleborough home. He was denied bail and remains in jail. 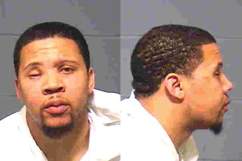