An 18-year-old high school cheerleader has been arrested for allegedly pimping out her 16-year-old, developmentally delayed teammate. Montia Marie Parker of Hopkins, Minnesota, admitted to creating a Backpage.com ad for the sophomore and taking calls from clients for her.

The victim in the case told police that Parker pretended to be her mother to get her out of school and escort her to a job.

The mother of the victim became suspicious after getting calls that her daughter was not in school. After some investigation she found out that her daughter, who is developmentally delayed, had been receiving text instructions from Parker as to how to dress and how to pose in pictures, according to myfox9.com.

The victim reportedly performed oral sex on a client but did not even get to see the $60 she made because Parker allegedly kept it. After Parker took her to a client’s house for vaginal sex, and she refused, Parker allegedly said, “I didn’t drive up here for nothing.” When the teen could not win a negotiation with the client for oral sex instead of vaginal sex, Parker drove her back to school. 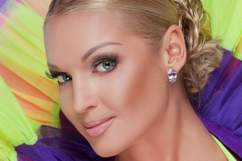 Bolshoi Ballerinas Get Pimped Out, Says Star Fired for Being ‘Fat’

Read More
Cheerleaders, Crime, Prostitution, Teenagers
The victim told police that the suspect pretended to be her mother to get her out of school and escort her to a job.