Every morning, do you pour yourself a cup of coffee for that daily pick-me-up? If you do, you’re probably addicted.

A new study reveals that coffee drinkers aren’t more alert than their caffeine-free counterparts, reports The Daily Mail. The reason why coffee gives you that kick is because your body has grown dependent on caffeine and is just fighting off withdrawal symptoms, such as fatigue, mental fogginess and a dull headache.

“People who consume caffeine regularly will become dependent on it–if you take caffeine away from them, they will function below par,” says Peter Rogers, professor of biological psychology at Bristol University and a leading expert on caffeine.

Much like a cigarette addiction, the body is craving caffeine after a long night of rest and the first cup gets it back to normal. Beyond that, Rogers says, “you don’t get much of a kick.”

The study suggests that drinking coffee doesn’t make us any more alert than non-coffee drinkers. So think twice before you pour that cup tomorrow morning. 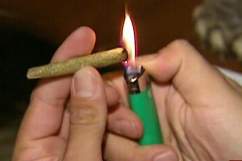