Two upstate New York men were arrested and charged with conspiracy for attempting to build an x-ray weapon for the purpose of killing “enemies of Israel.”

1. He Allegedly Created a Remote Trigger Device for the X-Ray Weapon

According to the official government criminal complaint complaint, Eric J. Feight was recruited by Glendon Crawford Scott to become a co-conspirator and build a remote control trigger for a radioactive device that would supposedly emit enough radiation to kill. He was recruited sometime in 2012 and put to work on creating and installing a device that could turn the weapon on and off remotely and at a distance. The complaint says that Feight was about to install the trigger onto a “truck-borne, industrial-grade x-ray system” when he was arrested yesterday, June 18, 2013. 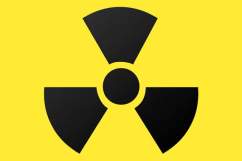 2. He Works at a Mechanical Company in Upstate New York

The official complaint only ever locate Feight’s employment as with an “electronics company,” but we believe it is in an upstate New York company called Genius Industrial Solution which lists Eric J. Feight as Vice President. The company so specializes in the exact kind of work Feight was allegedly recruited by Crawford to do, “design-build automation and embedded controls.”

3. All of His Text Messages and Phone Calls Were Monitored

Quickly into the investigation the FBI was given access to all of Feight and Crawford’s phone records, phone conversations, and text messages. The official complaint contains all of their text messages back and forth throughout most of 2013. Most of them contain information regarding the delivery of mechanical materials and the building of the device. Crawford routinely refers to Feight as “buddy” and often attempted to engage Feight in small talk.

4. Election Results Made Him Get Involved in the Plot

While talking with an undercover agent, Feight expressed how he got involved and some of his own political feelings. In it he refers to the killing of people as “sterilizing medical waste,” which he then describes as “cool.” Feight expressed his own initial reservations and politics saying:

Yeah, yeah. So, I mean I, I, I have to admit having never been involved in anything like this before, you know, at first it made me a little bit nervous…I don;t want to say apprehension, but nervousness about how much involvement I was gonna get in this kind of got outweighed, uh, quickly with, you know, when I started seeing how things, the direction things were going and then certainly after the elections. It’s like well, ok, you know, that old saying is right. You know, the only thing necessary for evil to triumph is for good men to do nothing.

5. They Had Code Names and Feight’s Was ‘Yoda.’

When texting with the informants, who posed as buyers for the x-ray weapon, Crawford always referred to Feight by his codename: Yoda.

Text messages were sent back and forth between Crawford and the informants discussing Feight by his codename, like this one from May 7, 2013:

Parts should be in yodas hands tomorrow. Grooming an alternate source for control services near term. Not a world class guy but ambitious, effective and needing work. Like minded but not committed. he doesnt know dimitri but He will serve our needs well.

You can read the entire document below: 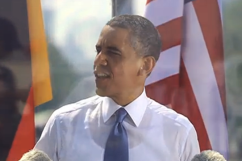 Loading more stories
wpDiscuz
1
0
Would love your thoughts, please comment.x
()
x
| Reply
Eric J. Feight was one of two men who tried to build and sell an x-ray death device capable of killing the 'enemies of Israel' with radiation.