Tonight the third season of HBO’s hit show Game of Thrones came to a dramatic end with “Mhysa.” After last week’s already infamous episode “The Rains of Castamere” we weren’t sure if we could handle any more GoT drama, but here are the highlights of tonight’s finale.

Anyone who read George R.R. Martin’s original books will tell you that one of the more traumatic events that occurs in the aftermath of the Red Wedding is what happens to Robb’s body. Yes, that’s right, they take the head of his loyal wolf Grey Wind (who we saw tragically killed by crossbows last episode) and put it on his decapitated body.


An Internet fan favorite, everyone’s beloved servant Hodor shouted his name again. This time, he did it down a well. After three bellowing “HODOOORS” Bran finally told him to stop. Jerk.

3. The Reveal of Theon Greyjoy’s Torturer

Season three did not treat Theon Greyjoy very well. In fact, it treated him terribly. Since the very first episode of the season, Theon has been tortured to the edge of sanity. The season finale finally revealed that Theon’s torturer is Ramsay Snow, the bastard son of Roose Bolton. The same family that orchestrated last weeks massacre has also been torturing Theon for a full ten episodes. Poor guy.


People may not be surprised to hear that I find two of the most boring story lines in the show to be Sam’s and Bran’s. Yet, there is something exciting in the prospect of the two most helpless people in the show teaming up to try to get over the wall. Alas, it was not to happen. Sam only leads Bran to the tunnel beneath the wall that well let him into the wild north. Possible spin-off show?

5. Everyone Hates on Joffrey Baratheon

His mother, uncle, and even grandfather all hate on King Joffery Baratheon this episode. Tyrion threatened to kill him, Tywin told him to go to bed, and his mother just reminisced on where she went wrong.

Little badass Arya Stark doubled her kill count today from one little fat boy to one little fat boy and a fully grown soldier. That’s what you get for making fun of the Starks. She stole the knife from her burly companion The Hound and put the knife straight into the man’s back a bunch of times. She’s on her way to being a real killer.

7. The Romance Between John Snow and Ygritte Ends Painfully


After three arrows are shot skillfully into John Snow’s body, it seems the relationship between John Snow and everybody’s favorite redhead Ygritte may be at an end. John rides off on a horse with three arrows sticking out of him but hopefully, that is not the last we’ve seen of bad-ass Ygritte.

8. Davos Finally Does Something

Like Theon, Davos Seaworth has been imprisoned for the better part of the season for trying to kill the Red Woman. Regardless of how much I loved Davos’s journey through a ABC’s and learning how to read, helping Gendry escape Dragonstone was the first substantial thing he has done all season. Goodbye Davos, hopefully you’re headed up to the wall to defend the realm, it’s better than seeing you get killed.

9. The Twin Lovers are Re-United


For the first time since he was captured in the season one finale, Jaime Lannister and his twin/lover Cersei Lannister reunite. The moment is pretty touching despite the fact that…you know…they’re twins. 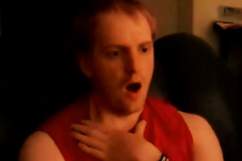 
The creators of this show love to end seasons with something epic that Daenery’s Targaryen does. The season one finale showed her dragons being born, at the end of season two her dragons burned a man alive, and this time, she liberated an entire city of slaves and grew her army of followers by hundreds of thousands. Also did you see the dragons at the end of this episode? They’re like the size of golden retrievers now. Golden Retrievers that can breath fire.

Well it wasn’t the most eventful finale of a television show. However, after last weeks massacre of all of our favorite characters, I think it was important that this episode introduces who our protagonists will be for the next season.

Well that Game of Thrones finale was uneventful. I expected revenge damn it! Have to wait a whole new year? Gotta pick up the book now

We want to know what movies you’re excited about seeing this summer.

Loading more stories
wpDiscuz
0
0
Would love your thoughts, please comment.x
()
x
| Reply
Tonight Game of Thrones ended its spectacular third season with an episode ten finale. After the Red Wedding, what will happen? Here are the top 10 highlights