High School sophomore Gregory Spring is another student to fall victim to bullying and killed himself as a result. But in Gregory’s case, he is still being bullied even after death. Here’s what you need to know.

Gregory loved soccer, hunting, and woodcarving as a teen. (WIVB)

17-year-old Gregory Spring took his own life on June 17. He was just a sophomore at Allegany-Limestone High School.

The teen’s mother, Keri Spring, said her son was bullied since fourth grade and up until his death, reports WIVB.

“He just wanted to be accepted,” Spring said. “He was very compassionate, very emotional, very loving.”

Spring said there had been a particular incident where Gregory even pleaded for his bully to stop.

“There came an incident where Greg actually picked him up and said, ‘Stop bullying, bullying isn’t good. Bullying is only going to hurt people.'”

However, instead of the school punishing the bully, Gregory was suspended.

3. He Suffered From Tourette Syndrome and Callosum Cysgenesis

The teenager suffered from Tourette syndrome and a brain malformation called callosum cysgenesis. The Daily Mail reports that his suffering was partly due to his brain condition, which caused an absence of the connection between the left and right lobes, and made it hard for him to understand things. 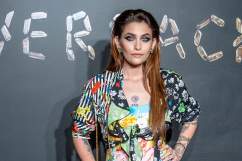 4. He is Still Being Bullied, Even After Death

The most tragic part of Gregory’s story is that he continues to be bullied even after his death. On the guest book for his memorial on the Casey Halwig & Hartle Funeral Home’s website, someone wrote:

Once Gregory’s mother read the comment, she contacted local news in hopes that their story may help others. Spring said her husband even contacted their state senator about the need for tougher anti-bullying laws.

Even worse, the school’s superintendent won’t even recognize Gregory’s bullying.

“Any allegation of bullying is taken very seriously,” School district superintendent Dr. Karen Geelan said in a statement. “I have conducted a thorough investigation and to the extent we can determine it, I have determined the young man was not bullied. Based on information received from the police, the untimely loss of this student’s life may be attributed to a factor or factors altogether unrelated to bullying.” 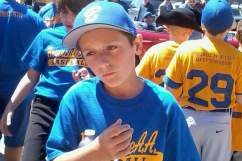 Bailey O’Neill Dies After Bullies Assault Him: 5 Fast Facts You Need To Know

Loading more stories
wpDiscuz
0
0
Would love your thoughts, please comment.x
()
x
| Reply
Gregory Spring is another student to fall victim to bullying and killed himself as a result, and he is tragically still being bullied even after death.