Costco is reeling after finding out that a brand of frozen organic berries mix they carried were tainted with Hepatitis A.

Thirty people have been infected with Hepatitis A, and nine of them hospitalized, in an outbreak across five states traced to an organic frozen berry mix sold at Costco.

And health officials are bracing for more cases if cafes and restaurants that bought the frozen blend used it to make smoothies, frozen bar drinks and other desserts for customers.

The Food and Drug Administration and federal Centers for Disease Control and Prevention have linked the reported illnesses to Townsend Farms Organic Anti-Oxidant Blend, a mix of berries and pomegranate seeds produced by Townsend Farms in Oregon.

Luckily, Costco spokesman Bill Gaar said the company keeps good records and intends to resolve this. In a statement to the press he said:

‘We do have very good records, we know where the (pomegranate seeds) came from, we’re looking into who the broker is and we’re sourcing it back up the food chain to get to it.’

According to Wikipedia, Hepatitis A is “an acute infectious disease of the liver caused by the hepatitis.” It usually goes away on its own with no permanent damage.

Costoco has since pulled the brand from its shelves. 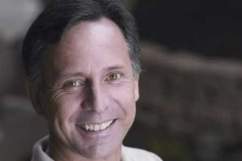 Read More
Disease, Weird News
Eating healthier just got a little riskier. Costco is reeling after finding out that a brand of frozen organic berries mix they carried were tainted with Hepatitis A.