1. Cops Acted on an Anonymous Tip

The Martin County sheriff’s office told reporters today that the investigation into the buying and selling of guns on the campus at Community Christian School began in the middle of May after their office received an anonymous tip about the activity.

2. The Guns Were Stolen, and One Student Appears to be the Kingpin

After interviewing students at the school, law enforcement agents were able to ascertain that one student had committed several robberies in the area, stealing guns from safes, reports TCPALM. In total five guns are believed to have been stolen around Stuart, Florida, a town which recorded just nine robberies for all of 2011.

3. The Kingpin Had 4 Accomplices

Further investigations revealed that four other students were involved in selling the guns to students on campus, as well as “hundreds of rounds of ammunition.” The students in question range in ages between 15 and 17, and all are being charged as juveniles. 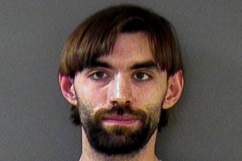 4. All of the Guns Have Been Recovered

According to the sheriff’s office the guns included:

Community Christian Academy has operated in Martin County Florida for almost 30 years as a ministry of Community Baptist Church. We offer a comprehensive Pre-K through 12th grade Christian education that includes a Fine Arts Department and an FHSAA Athletic Program. 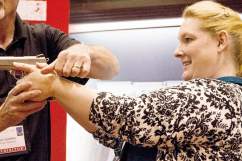 Georgia Town Considers Making it Mandatory to Own Guns