According to Arirang News, North and South Korea have agreed to talk about reopening a jointly run factory complex and possibly other issues, a signal that the two feuding countries may be on the verge of resolving their issues. 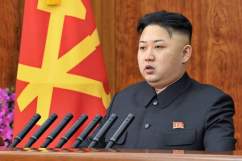 North Korea’s Committee for the Peaceful Reunification of Korea released a statement on Thursday, agreeing to discuss the issue of restarting Gaeseong and to resume Mt. Geumgang tours. Pyongyang has also agreed to talk about other issues that may ease tensions, such as the reunion of families separated by the Korean War. The proposal, made by the South Korean Unification Ministry, sought for the suspended projects to be resumed in time for the two countries to come together to celebrate the upcoming Joint Declaration on June 15, which is considered a milestone for amicable inter-Korean relations.

South Korea is reviewing North Korea’s shift in attitude in a positive light and announced that an agenda for the talk will be laid out in the future. If the talks go well, the complex could resume after 65 days of being out of service.

“We hope the talks will become an opportunity to help forge trust on the Korean Peninsula that has been advocated by Seoul in the past,” Ministry of Unification spokesman Kim Hyung-suk said in a statement.

Share Tweet Email
Read More
North Korea, South Korea
wpDiscuz
0
0
Would love your thoughts, please comment.x
()
x
| Reply
The action is a signal that the two feuding countries may be on the verge of resolving their issues.