Last week President Obama gave his only public response about the leak that exposed massive federal surveillance programs. Watch the video above of Obama’s comments, specifically from 1:00 to 1:55. Here is what he said:

Now, the programs that have been discussed over the last couple days in the press are secret in the sense that they’re classified. But they’re not secret in the sense that when it comes to telephone calls, every member of Congress has been briefed on this program. With respect to all these programs, the relevant intelligence committees are fully briefed on these programs. These are programs that have been authorized by broad bipartisan majorities repeatedly since 2006.

And so, I think at the outset, it’s important to understand that your duly elected representatives have been consistently informed on exactly what we’re doing. 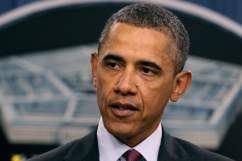 How then can we explain the indignant reactions of Senators to these recent intelligence revelations?

Senator Jeff Merkley (D-OR) went on Alex Wagner MSNBC’s show last week (above) to express outrage over the revelation of the government’s PRISM program, which surveys American’s Internet usage. However, of the collection of American citizen’s phone data he said, “By the way when I saw the information, the only information I got was related to, yes, there is a program sweeping up broad amounts of data through the records act..”

If Senator Merkley knew about mass phone metadata harvesting, and, according to Barack Obama’s earlier response, had the opportunity to vote on it, why then did he act so defiantly today in front of the Senate Appropriation Committee hearing on Cybersecurity. The question he directed at NSA director Keith Alexander was dramatic to say the least. Merkley raised up his Verizon Iphone and asked what gave the NSA the right to look at his information. Does that sound like the response of someone who already knew about the program? Why express outrage now when he had supposedly known about the program for years?

Other Senators lined up in today’s Appropriations Committee hearing to call into question the mass harvesting of American’s phone data. Senator Patrick Leahy (D-VT) confronted NSA Director on Patriot Act Section 215 and asked him how many times the information gathered in massive dragnet intelligence gathering initiatives have actually helped to subvert a terrorist attack. The NSA Director said he would make that information available within the next week.

Likewise, Senator Dick Durbin (D-Il) asked him why the NSA would need all telephone information for the entire state of California if they knew exactly to who and from calls from a suspect were going. Director Alexander defended the logic of the “dragnet” surveillance by demonstrating how if an American committed a an act of terrorist, they need these initiatives to identify the suspects contacts.

It is impossible for us civilians to know what happened in those classified meetings where Congressmen were presented with this information. Do you think they were as outraged then? Or does it take public fury and C-Span cameras to evoke that kind of emotion?

On a side note: Senator Barbara Mikulski (D-MD) did not seem that concerned with privacy at all. She voiced today that her greatest concern is cybersecurity, specifically citing how many Americans each year have personal financial information stolen off their internet and how it jeopardizes the entrepreneurial spirit of America. “Why invent a cure for cancer,” she said, “when you can just steal one.” It makes perfect sense that Mikulski would want to protect intellectual copyrights for medicine when you consider that some of her biggest donors since 2007 have been in the pharmaceutical industry.

You can watch all 2.5 hours of the Appropriations Committee meeting here. 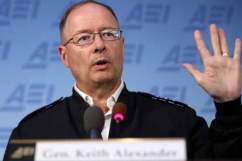 Loading more stories
wpDiscuz
0
0
Would love your thoughts, please comment.x
()
x
| Reply
President Obama said that every member of congress knew about the mass-data gathering, but some senators are shocked and angry about the reveal. Who's lying?