Retired Marine Gen. James Cartwright is the latest person being investigated into a leak last year that exposed an alleged cyber attack against Iran’s nuclear system. Here’s what you need to know.

James E. “Hoss” Cartwright is a retired United States Marine Corps four-star general who last served in the military in August 2011. According to CSIS, he was commissioned a second lieutenant in the U.S. Marines in 1971 and was both a naval flight officer and naval aviator. He also served as commander, U.S. Strategic Command.

2. He’s the Former Vice Chairman of the Joint Chiefs of Staff

Cartwright’s last position was Vice Chairman of the Joint Chiefs of Staff, which is the nation’s second-highest military officer. He held that position from August 31, 2007 to August 3, 2011 when he retired.

3. Cartwright is the Target of a Justice Department Investigation

The prime minister of Israel, holds up a diagram of a bomb, representing Iran’s nuclear program. (Getty Images)

Legal sources told NBC News that Gen. Cartwright is now the target of a Justice Department investigation into a leak that exposed classified information about a U.S. cyber attack on Iran’s nuclear program.

4. He’s the Latest Person Being Targeted by the Obama Administration Over Alleged Leaks

The 63-year-old is the latest person to be targeted over alleged leaks by the Obama Administration. Eight people have already be prosecuted under the Espionage Act.

Gen. Cartwright served under both President Bush and President Obama.

Last year, The New York Times reported that Cartwright started and ran the cyber attack, called Olympic Games, under both Bush and Obama. It was leaked that President Obama ordered the cyber attacks to be sped up, and in 2010 an attack using a computer virus named Stuxnet temporarily disabled 1,000 centrifuges that the Iranians were using to enrich uranium.

Leak this story to your friends!

6. A Criminal Investigation into the Leak Was Conducted

When the Times article came out, Congressional leaders demanded a criminal probe. President Obama said he had “zero tolerance” for “these kinds of leaks,” but Republicans accused senior administration officials of leaking the details of the cyber attack to improve Obama’s national security credentials during the 2012 campaign.

Investigators wondered whether or not the leak came from the inside of the White House, and not before long were FBI agents focusing on Cartwright himself.

8. He Has Not Yet Been Charged

The Justice Department has not yet made a final decision on whether to charge Cartwright or not.

9. Cartwright Has Not Commented

Gen. Cartwright did not publicly respond to the accusations, while his attorney, Greg Craig, also refused to comment. The White House and Justice Department officials are staying mum on the matter as well.

10. Some are Defending Cartwright

NBC News reports that many have called into the news outlet defending Cartwright.

“He’s a great American,” said former Rep. Ellen Tauscher, D.-Calif. “All I know is he’s always been one who acted in a way to defend the country and do so in a way that is beyond reproach.” 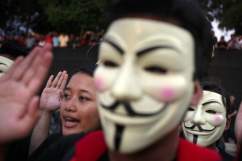