Michael Karkoc, a 94-year-old Ukrainian and former Nazi commander, has been found living in Minneapolis, Minnesota, according to an investigation by the Associated Press. Karkoc was a founding member of the SS-led Ukrainian Self Defense Legion and was later an officer in the SS Galician Division.

Karkoc entered the U.S. in April of 1949, and he has been living in Minneapolis, Minnesota, ever since. You can view his address above, according to online records.

Heavy spoke with his brother, Peter Karkoc, who was reluctant to comment on his brother and was not familiar the AP story. He did, however, confirm that his brother had been living in Minneapolis since 1949 and was remarried to a woman named Nadia with whom he has with children.

Peter Karkoc said he was 9 years old when the war broke out, but would not comment on his brother’s military service. “We went through hell during the war,” he said. 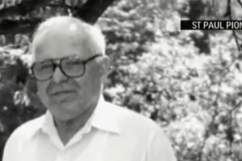 2. He Lied to the U.S. About His Military Record

These new revelations by the AP indicate that Karkoc lied to authorities on a background check conducted during Karkoc’s immigration process. He told immigration officials that he had never been involved in any military service, only that he “worked for father until 1944. Worked in labor camp from 1944 until 1945.”

Karkoc also told American officials that he was born in Lutsk, Ukraine in 1919. Lutsk was part of the disputed territory between the borders of Poland and the Ukraine, and, following World War I and the Polish-Ukrainian War, was considered the capital of the Wołyń Voivodeship, an administrative unit of interwar Poland.

When the Germans invaded Poland in 1939, the Lutsk region was annexed by the Soviet Union. Soviet troops arrested thousands of Poles and sent many thousand east to Kazakhstan. The history of the USSR’s occupation of Poland is one of repression and brutality, such as the Katyn massacre, in which more than 21,000 Poles were slaughtered by the NKVD (Soviet police forces).

Johanna Granville, writing a review of the book Revolution from Abroad: The Soviet Conquest of Poland’s Western Ukraine and Western Belorussia, notes:

After the Nazis invaded the Soviet Union in 1941, the city was then captured by the Nazis and its citizenry subjected to further brutality.

3. He Could Be Deported

While the U.S. does not have the authority to prosecute Nazi war criminals, traditionally, the Department of Justice has deported former Nazis based on fabrications found in their immigration documents so that they may prosecuted elsewhere. The AP reports that its investigation has also led German authorities to express interest in exploring the possibility of prosecuting Karkoc.

Efraim Zuroff, who has been successfully hunting down and bringing former Nazis to justice for the Simon Wiesenthal Center for over three decades, told the AP:

In America this is a relatively easy case: If he was the commander of a unit that carried out atrocities, that’s a no brainer. …

Even in Germany … if the guy was the commander of the unit, then even if they can’t show he personally pulled the trigger, he bears responsibility.

3. He Published a Ukrainian Memoir Admitting His Nazi Past

In 1995, Karkoc published a Ukrainian-language memoir wherein he claims that he helped found the Ukrainian Self Defense Legion, which, according to Wikipedia, the Nazis later called the 31st Battalion of the SD Schutzmannschaft (police and investigation units of the SS). This unit was later integrated into the SS Galicia Division in 1945, sometimes referred to as the 14th Waffen Grenadier Division of the SS (1st Ukrainian).

He joined on the side the Germans following the Nazi invasion of the Soviet Union and fought along the Eastern Front. He claims he was awarded the Iron Cross for his efforts, which was a Nazi award for bravery.

His memoir is apparently available in the U.S. Library of Congress and the British Library, and the AP was also able to find it online in an electronic Ukrainian library. 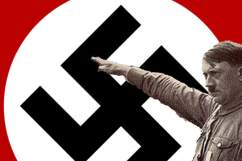 Teen with Tourette’s Punched Out Cold for Making Nazi Salute

4. His Unit Was Involved in Suppressing the 1944 Warsaw Uprising

1st October 1944: The end of Warsaw’s uprising sees a group of city defenders marched off to prison camps by their German captors. (Getty Images)

His unit fought on the side of Germany during the Warsaw Uprising, which was a major operation by Polish resistance fighters who tried to liberate Warsaw from Nazi occupation. The uprising was eventually put down by the Nazis after two months of fighting and tens of thousands of casualties.

5. His Unit May Have Been Involved in War Crimes

In his memoirs, Karkoc admits to being with his unit in the summer of 1944 when SS commander Siegfried Assmuss was killed. However, Karkoc does not make reference in his memoir to the retaliatory massacre in the village of Chlaniow that followed.

A Polish report from 1945 suggests the retaliatory attack occurred on July 23, 1944, which killed 44 people including women and children. The report said:

The murders occurred during the retreat as a reprisal action against the local population for a partisan attack on a German military vehicle in which a German was killed. Ukrainians in German and Ukrainian uniforms carried out the murders.

His unit was also accused of carried out the Huta Pieniacka massacre in February of 1944 that killed between 500 and 1,200 Poles.

It should perhaps be noted that the Deschênes Commission, a Canadian inquiry into Nazi war crimes and whether former Nazis living in Canada should be prosecuted, investigated actions by the SS Galicia Division and found inconclusive evidence that the unit as a whole could be accused of atrocities, issuing a report that said: 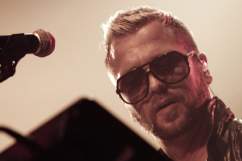 Ace of Base’s Ulf Ekberg Was a Nazi: Top 10 Facts You Need to Know