The woman who let Powerball winner Gloria Mackenzie cut her in line while buying a lottery ticket has come forward and says she’s not bitter, reports ABC News. 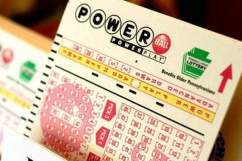 Mackenzie, 84, told lottery officials that another woman had been “kind enough” to let her go in front of her in the line for a Quick Pick lottery ticket at a Publix in Zephyrhills, Florida. That woman, Mindy Crandell, later told reporters that she had been in line with her daughter when Mackenzie stepped in front of her. The cashier offered to ring Crandell up first, but she kindly let Mackenzie go, who then bought the $590 million winning ticket.

While many people would be kicking themselves for the twist in fate, Crandell says she has no regrets.

“I’m not upset,” Crandell said. “I mean, maybe there’s something down the road, or she needed it more than we did. Whatever it was, it was meant to be that she had it.”

The 34-year-old mom also says that she is proud of her daughter who said that “being polite is better than being rich.”

Mackenzie has chosen to receiving the Powerball winnings in one lump sum of $370 million. 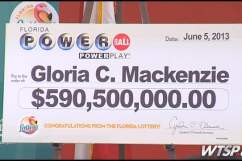