All of NASCAR mourns his loss, the organization sending out its sympathies in an official statement before adding that “Jason was a fierce competitor in our sport and [sic] will be missed.”

Here are 10 facts you need to know.

1. He Was Driving in a Dirt Car Race

The race Leffler was running in was a sprint car heat race at Bridgeport Speedway in New Jersey. It was part of the 410 Sprints division and took place on a 0.625-mile dirt track.

Though not a blue-chip event on the auto racing circuit, Leffler was still a valued member of the NASCAR family, making his death, obviously, no less tragic to the sport’s greater community.

2. He Crashed Into a Wall and Flipped

Running in second place, Leffler’s car careened into a straightaway wall, then flipped twice in the air.

Media was sparse at a race such as this, so not much footage of the crash has surfaced to date. But eyewitness Christopher Taiit – who captured the picture in Fact No. 1 – said that after hitting the wall twice, Leffler’s car was “flopping all over.”

3. He Was Airlifted to Crozer-Chester Medical Center

The medical center in nearby Chester, Pennsylvania was the nearest option to treat Leffler’s injuries.

Medevac airlifted him across the Delaware river, a short trip that got him quickly into the hands of trained professionals. Unfortunately, by the time Leffler arrived at Crozer-Chester, there was little the doctors could do to revive him.

According to USA Today, he was pronounced dead around 9 p.m., less than an hour after his accident. 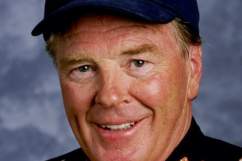 4. There Have Been Multiple Auto-Racing Deaths Recently

Auto racing, as a sport, has come a long way in making their vehicles safer. Galvanized by the death of Dale Earnhardt in 2001, variable safety features have since been added to every car.

Lately, though, whether by lackluster precaution or cruel contretemps, a rash of fatalities have swept their way through the sport. Leffler’s is just the most recent.

A little more than two weeks ago, 22-year-old driver Josh Burton died of injuries sustained in a crash at Bloomington Speedway in Indiana. In late May at a dirt track in Nevada, two drivers were killed in a race. In March in California, two people were killed when a car careened off a dirt track and crashed on pit road.

One can only hope that Leffler’s death, along with the tragic souls who preceded him, will spearhead another era of safety reform in auto racing.

5. Leffler Had 423 Starts in His NASCAR Career

The Nationwide series afforded him the most success of his career, but he also made 73 starts in Sprint Cup — the races casual fans are most familiar with.

His best season on that stage came in 2001, when he finished 37th in the then-Winston Cup standings. He also won the pole at his inaugural race at Kansas Speedway.

Though Leffler made most of his starts on the NASCAR circuit, his early career included a short dabbling with IndyCar.

He made three career IndyCar starts, including one at the 2000 Indianapolis 500, where he finished 17th.

His tenure was short, but Leffler’s brief stint in Indycar helped earn his reputation as one of the sport’s most versatile drivers.

7. He Ran His Only Sprint Cup Race of the Year Last Week

He finished last, running only eight laps in what’s known as a start-and-park — a tactic by which teams enter a car into the race (in order to collect prize money), then withdraw it before needy expenditures such as tire replacement, wear and tear, etc.

It wasn’t the sexiest finish to his career, but as he was unable to reach the 2013 Sprint Cup prior to last weekend, that start at Pocono is a touching coda. 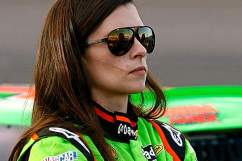 8. Leffler Was a Single Father

Perhaps – no, definitely – the most tragic part of this morbid tale is Charlie Dean, Leffler’s 5-year-old son.

A single father who loved his child more than anything, Leffler’s heartbreaking Instagram is littered with pictures of him and Charlie.

9. His Nickname Was “LefTurn”

Deeply saddened by the passing of @jasonleffler tonight. Please keep his family in your thoughts and prayers. #LEFturn

Leffler’s nickname, a playful allusion to the only kind of turn NASCAR drivers make, was inscribed above the driver-side window on his race cars.

Cynical sport fans poke fun at racing for its alleged simplicity. They tease drivers for being “non-athletes,” making uninformed japes about how all they need to do is turn left.

Leffler was certainly aware of that stereotype, and his willingness to make fun of it – brandishing that nickname like a proud Scarlet Sentence on his car – was a testament to his playful sense of humor.

10. He is a Member of the National Midget Auto Racing Hall of Fame

Leffler started his career racing “midget cars,” and enjoyed a great deal of success before graduating to more advanced vehicles.

He won three straight midget car championships between 1997 and 1999, a feat that warranted his 2003 induction into the sport’s Hall of Fame.