As Game 7 of the 2013 NBA finals between the Miami Heat and the Sanantonio Spurs ends with an epic win by the Heat, Twitter users, including Justin Bieber, have been exploding with excitement. Here are some of the best tweets of the night. Check it out!

RT if you are sad that there is just 1 half of NBA basketball left this season! #Finals #Game7

Defense and Turnovers defined the first half… oh yeah, and tim duncan on the slowest fast break in finals history… #NBAFinals #Game7

I'm getting nervous and shaky as hell again! ….then LeBron drilled a 3….then Ginobli drilled one. AHHHHHHHHHHH! #nbafinals #game7 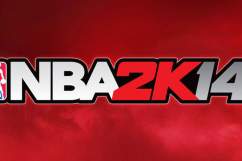 Read More
Basketball, Celebrities, NBA, Twitter
wpDiscuz
0
0
Would love your thoughts, please comment.x
()
x
| Reply
As Game 7 of the 2013 NBA finals ends with an epic win by the Miami Heat, Twitter users have been exploding with excitement.