Famous Bollywood starlet, Jiah Khan, 25, has been found dead in an apparent suicide that is shocking the Indian film world. Here’s NewsFlash: All You Need to Know in 45 Seconds. 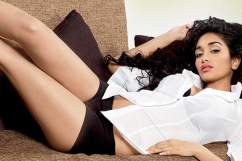 Read More
Bollywood, Jiah Khan
wpDiscuz
0
0
Would love your thoughts, please comment.x
()
x
| Reply
Reportedly, her ex-boyfriend had a new lover and this may have prompted her depression.