Gen. Keith B. Alexander, the director of the National Security Agency (NSA), told Congress on Wednesday that “dozens” of terrorist threats have been avoided because of government surveillance programs, which were made public last week, reports The New York Times.

Alexander told skeptical members of the Senate Appropriations Committee that the agency’s massive database of the logs of nearly every domestic phone call made by Americans have protected the country. He also said that the agency was doing exactly what Congress authorized after the September 11, 2001 attacks.

“We aren’t trying to hide it,” he said. “We’re trying to protect America. So we need your help in doing that. This isn’t something that’s just NSA or the administration doing it on its own. This is what our nation expects our government to do for us.”

It’s unclear just how many terrorist plots have been thwarted by the surveillance logs, but the NSA hopes to publicly release the exact number sometime next week. Alexander clarified, however, that multiple programs were used together to stop the attacks .

“In the abstract, you can complain about Big Brother and how this is a potential program run amok, but when you actually look at the details, then I think we’ve struck the right balance,” Obama said.

Last week, former NSA contractor, Edward Snowden, leaked confidential information on top secret programs used by the government that gather large amounts of information from Internet data and collect phone records from Americans. The news has sparked a debate over the balance between personal liberties and national security. 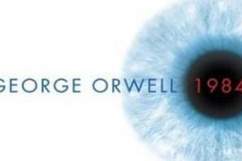