[You can watch all 3 hours of the hearing here.]

In today’s hearing in front of the House Permanent Select Committee on Intelligence, NSA Director General Keith Alexander as well as FBI Director Robert Mueller made it a point to lay out the damage done by NSA whistleblower Edward Snowden for his leak of confidential NSA documents pertaining to domestic surveillance. They had plenty of help criticizing Snowden from the Committee members as well.

It seems to me that the problem here is that of an individual who worked within the system who broke laws and who chose to de-classify highly sensitive classified information it seems to be that’s where our focus should be on how there could be a betrayal of trust and how a traitor can do something like this to the American people. It seems to me that’s where our focus should be and how we can prevent something like that from ever happening again. Let me ask your opinion how damaging is this to the nation security of the American people that this trust was violated.

To which NSA Director Alexander replied that the leak created “irreversible and significant damage” to national security. Bachmann then went on to ask if the information Snowden leaked had directly helped America’s enemies, to which Alexander replied, “I believe it has and I believe it will hurt us and our allies.” 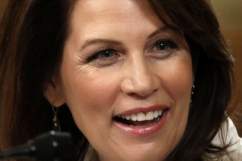 That’s it folks, after weeks of deliberating on the “damage” Snowden’s leaks caused, this is the first official statement from the NSA director that the leaks aided and abetted enemies of the United States.

Like Rep. Bachmann, Rep. Mike Rogers (R-Michigan) was also quick to assist the NSA Director in his condemnation of Snowden.

After asking deputy director of the FBI Sean Joyce a series of increasingly leading and suspenseful questions Rogers was able to make it sound as if we were already at war with China. Joyce even called China a “top adversary” of the United States. Only after all of these establishing questions did Rogers say that these questions were important “context” for the American people to understand in regards to Edward Snowden and his relationship to the Chinese government.

“We know that we are doing a full investigation into possible connections with any nation-state who might take advantage of this activitiy,” Rogers said. 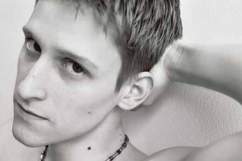 Could Snowden Be a Chinese Spy?